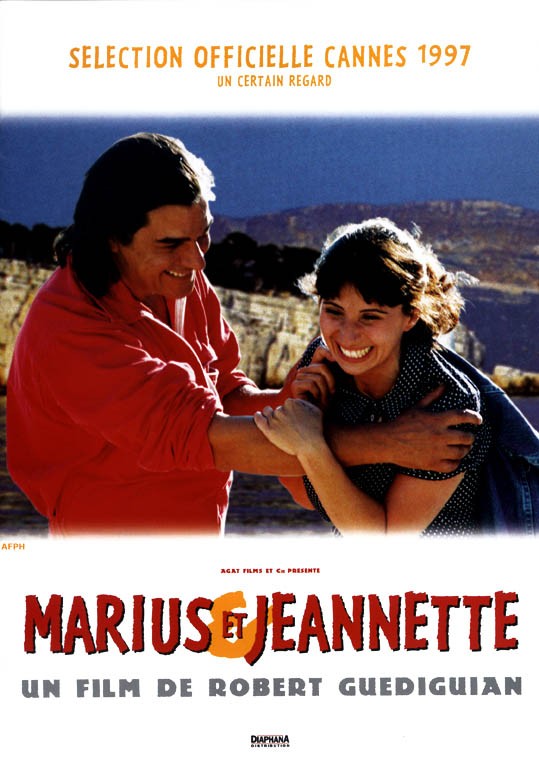 Despite the fact that the lead role here is essayed by Charlotte Rampling – une Anglaise who is one of French cinema’s adopted grande dames – it’s Ludivine Sagnier who dominates the sun-soaked screen, as a lithe, promiscuous interloper. Rampling plays a writer whose publisher’s daughter (Sagnier) rudely imposes on her relaxing Summer break at his idyllic country house in Provence. At first, she is wary, then intrigued and finally jealous of her young visitor’s cavorting – but then a tragic accident points to more sinister events. The ambiguous dénouement caused a stir but no matter – why not just wallow in the heat, enjoy the simmering tension and mysterious goings-on of a sweltering season in the Vaucluse? You can almost smell the lavender and hear the cicadas…

Upon its release, one American film critic quipped that Brigitte Bardot was “undeniably a creation of superlative craftsmanship”, and unsurprisingly, this is the film which catapulted her to international stardom. However, this yarn of a floaty ingénue beguiling men from all generations in St-Tropez is more notable for the gorgeous setting and fleshy star than a compelling plot. That said, movies like this are now effectively the only way you can enjoy the charms of the Riviera before the hordes flocked to its small fishing villages, changing them forever. As Bardot said at the time, she fell for St-Tropez’s “genuine charms… the mulberry trees, the sheep grazing in the scrubland; the mighty farmhouses smothered with bougainvillea which belonged to the wine producers.” She moved there, put it on the map, other stars followed and its bucolic naivété was supplanted by super yachts.

If one film appeals to those of us with a romanticised version of ‘simple French country life’, then it is very likely to be Berri’s take on Marcel Pagnol’s tale, set just after the First World War, in which the paysage Provençal plays a key role. Cinematic heavyweights Gerard Dépardieu, Daniel Auteuil and Yves Montand (whose wife of 33 years, Simone Signoret, sadly died during filming) bring exceptional gravitas to this tale. It concerns a hunchback and his uncle’s conniving attempts to gain access to a little-known spring for irrigating their carnations, only for a tax-collector to inherit the farm where it lies and make his own plans for the land. The big-budget outing was shot in tandem with its sequel, Manon des Sources, over a seven-month period and movie location fans might like to know that Mirabeau was the village setting, while Jean de Florette’s house is located in Vaugines and the market scenes were actually filmed at Sommières in the Gard.

Love in the Sun

For her portrayal of Jeannette, a struggling single mother living in a tough working class community in L’Estaque, on the edge of Marseille, the director’s wife, Ariane Ascaride, rightfully won a César Award for Best Actress. Jeannette’s salary from working on a supermarket checkout barely gets her by, so one day she turns to thieving paint from a cement works – cue the entry of Marius, a security guard who is also down on his luck. After such an unusual meeting of minds, the two gently forge a liaison, and their faith in love overcomes the poverty, amid the heat and dust of the city. Such was this charming, bitter-sweet film’s impact on the French public that you can still take a guided tour of Marius et Jeannette locations.

Eschew, for a moment, the notion that solely highbrow movies are entitled to be on this list. Yes, we love the artful, the deep and the earnest, but it would be very churlish not to also include a silly, heart-pumping thriller such as this, especially as ‘postcard Provence’ plays a key part in the proceedings. Another adrenaline-inducing cinematic outing could have made this list. Ronin (1998, John Frankenheimer) stars Robert de Niro and Jean Reno as gangsters who inadvertently provide viewers with a 150kms per hour guided tour of Provence’s tourist hotspots (Villefranche-sur-Mer, Nice and Arles). But the French film that provides the biggest Provence-based action thrill is Taxi. There are, however, connections between Taxi and Ronin – they both feature ex-Formula 1 driver Jean-Pierre Jarier as a stunt wheelman and also involved French cinema’s seeming ‘go-to guy’ for top class action, director-producer Luc Besson.

The Horseman on the Roof (1995), Jean-Paul Rappeneau

Originally published in the December-January 2014 issue of France Today

Love Provence? Why not join one of our France Today Travel tours!