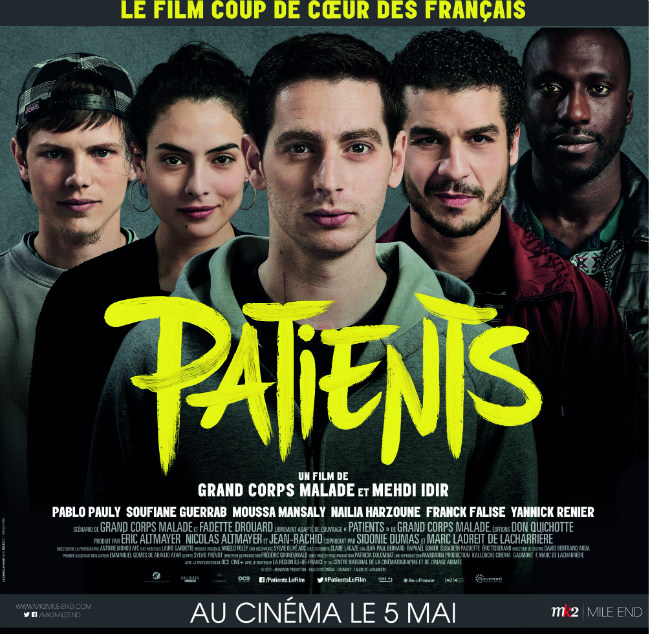 “For f**** sake,” whines Ben as he’s subjected to yet another hour of mind-numbing shopping-channel thigh master demos. With his one nimble finger he prods the remote, only succeeding in knocking it off his hospital bed. For all the pathos – he was promised to a bright future in basketball until a freak accident left him paralysed – the scene plays out like an absurd gag. As the remote hits the ground, the camera pans to a pudgy male presenter doing pelvic thrusts like nobody’s business. The tragi-comic skit sets the tone: Patients doesn’t deal in maudlin or pity-baiting clichés.

Based on the true story of rapper Grand Corps Malade and his protracted recovery, it follows Ben and a motley crew of inpatients as they wrangle to come to terms with their new reality and navigate the daily frustrations and indignities of life on the ward – at the mercy of well-meaning but impossibly gauche staff. There is the degrading ordeal of relieving themselves within spitting distance of a roommate; being sponged-bathed by ham-fisted Jean-Marie, who, bizarrely, insists on addressing everyone in the third person; or carer Christiane’s tactless ‘Stay there’s’ whenever she’s unexpectedly called away, as if they have any other choice.

In the midst of this shambles, black humour and derision are the indomitable band’s currency. Together they spin shortcomings into running jokes, coaxing comedy out the unspeakable. Disarmingly light-hearted and waggish, Patients explodes the weepy disability dramedy with a defiant hymn to life that sparkles with hope.