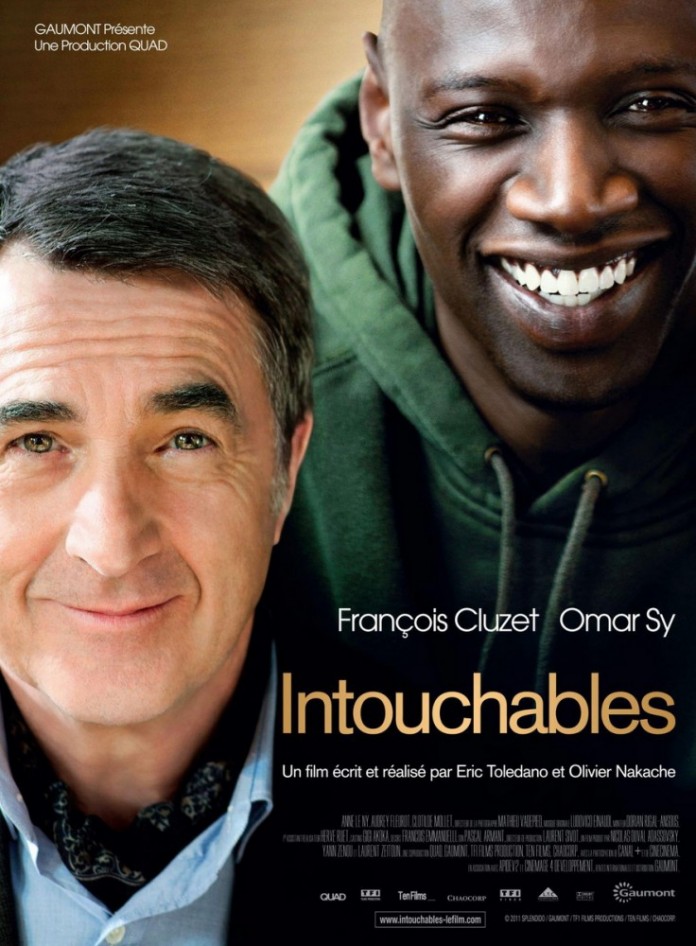 By 2012 The Intouchables had already become the highest-grossing movie in a language other than English with $281 million worldwide, breaking the prior record held by a Japanese production. Le Figaro has recently reported that Intouchables is now also the French film most viewed abroad, beating even Amelie to the top post on the podium.

The script is based on a true story of friendship between a paraplegic patient, a rich and highly educated resident of a palatial home in the best area of the city, played by Francois Cluzet, and his rather unorthodox choice of caretaker played by Omar Sy, an immigrant from a deprived background who has a rap sheet of crime and has just been kicked out of his home in a difficult area of Paris. Against all odds, the film shows the unfolding camaraderie of the two men who seemingly don’t have anything in common.

In France, the film was nominated for eight César Awards and earned Omar Sy the César Award for Best Actor, and internationally it was awarded the Golden Globe for Best Foreign Language Film, the Goya for Best European Film and multiple other accolades. In the US, however, the film didn’t receive an untainted welcome. Box office figures suffered following the mixed publicity that resulted from the considerable scrutiny the movie was subjected to when Variety branded it as a “sort of racism worthy of Uncle Tom” and the New York Times called it “embarrassing”.

The story begins with a car ride that triggers a flashback. The two men meet when Driss is visiting the mansion just to go through the motions of the job interview in order to qualify for his unemployment benefits. Philippe, however, decided to hire him in spite of the candidate’s obvious lack of either qualifications or interest related to the position. As Driss starts his job he finds out about the extent of Philippe’s disability and reluctantly falls into the routine of the exhaustive care that his condition requires. The fact that Driss does not show his patient any pity and even finds humour in their everyday mishaps allows Philippe to find reasons to laugh again. Driss even teases Philippe about a female interest, with whom he has been corresponding with but never dared to meet face to face fearing his disability would make it impossible to be seen as a whole person. From two radically disparate points of departure there unfolds a relationship based on humour, witty exchange and, eventually, mutual respect and trust. Along the pattern of a Möbius strip, the story brings us back to the initial car ride, where we find that Driss is whisking Philippe away to a seaside resort in order to shake him loose from the morbid depression that has gripped him.

The Intouchables is a pleasant, even predictable film, and it does touch on a sensitive subject without digging too deep within. But on a very subtle level, the story leaves us with the sense that a balance has been achieved. It appeals to that “something” inside all of us that needs to reach out and connect, a universal constant that is blind to any differences in age, ethnicity or gender. A lovely and easy crowd-pleaser, The Intouchables is the ultimate bromance.

The Intouchables is rated R and has been recently released on DVD and Blue-Ray by Sony Pictures Entertainment. 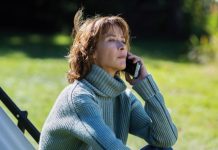