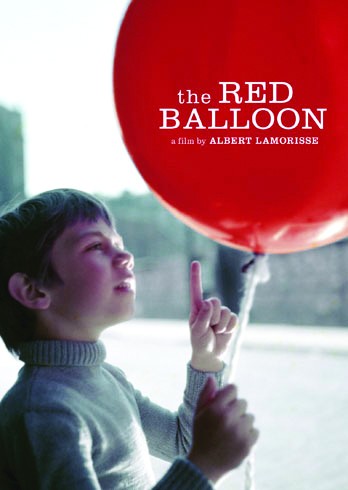 I’m With The Bande

A Godard film for those who are normally indifferent to the work of the New Wave innovator. This accessible slice of high-energy ‘nouvelle vaguery’ is no stranger to ‘top 100 films of all time’ lists and features some memorable, influential scenes set against a vibrant Parisian backdrop. Based on Dolores Hitchens’ novel Fool’s Gold, it concerns a robbery plotted by young fantasists (gangster hipsters, if you like) which plays out with deadly consequences.

Quentin Tarantino’s Pulp Fiction is forever indebted to the ineffably cool ‘Madison’ dance scene in Bande à Part, which features the love-triangle leads enjoying a dazzlingly choreographed boogie in a restaurant. But perhaps the most iconic scene for visitors to Paris features the carefree protagonists running with naive abandon through the stuffily-staffed Louvre, in an attempt to break the standing record – they manage it in 9.43, as our narrator points out. For a thoroughly off-beat glimpse of another time and place, this is just so entertaining.

A great example of Austrian-born director Haneke’s gift for unsettling or even baffling his audience, Caché was a word-of-mouth smash hit upon release. It’s a slow-burn mystery and water-cooler wonder with characters as confused by what’s happening as the viewer.

The still red-raw themes of immigration and colonial guilt mark this out as a quintessentially French story. The inspired  plot device – a successful TV presenter and his family receive oddly eerie videotapes of their house and street – means that we see plenty of location shots of a quiet residential corner of Paris, notably the rather attractive and peaceful Rue des Iris in Butte-aux-Cailles. For many, this is one of the great crime films of all time. But, as one wag has remarked, we all love Hidden, but what does it mean? Hit the last frame, press Pause and discuss!

We could have chosen Carax’s other Paris-centric gem, Les Amants du Pont Neuf (a love story about vagrants on Paris’s oldest bridge), in our round-up of capital classics, but this recent masterpiece gets our nod on the grounds that it is just so strange, moving, funny, tender and memorable.

As guided tours of the capital go, this anarchic tale of a man (played by Denis Lavant, the rubber-faced Carax favourite) being driven around in a white limousine, making regular stops as different characters, takes some beating. He’s a beggar woman; a flower-eating madman romping through Père Lachaise; morphs  into a fashion model (played by Eva Mendes) – you get the drift. It’s weird, wonderful and exhilarating…

Portrait of a Genius

We’d be remiss to omit Kassovitz’s hard-hitting tale of a day in the life of three teens from a tough Parisian suburb from our round-up, just because it deals with France’s identity issues. True, some viewers may find the subject matter unsavoury but the film is still relevant some 20 years since its release.

There’s no denying this film’s power. Shot in black and white, it follows the three friends – a Jew, an Arab and an African – as they spend an aimless day in their housing estate and take a trip into town. The plot anchors upon Vinz, chillingly played by a young Vincent Cassell, who finds a handgun in the wake of a riot and makes it clear that he wouldn’t be afraid to use it on the oppressive, heavy-handed Parisian police. Scrapes and confrontations ensue and the denouement is a thriller.

Something in the Air

We end with something altogether more short, sweet uplifting and almost dialogue-free. Coming in at a bite-sized 34 minutes, Le Ballon Rouge relates the story of a young boy who stumbles across a red balloon with a mind of its own. As the balloon follows him around, a cute friendship ensues and they join forces against the harsh realities of city life.

This film serves as a colour reminder of  a part of Paris which is forever lost. It was largely filmed in the city’s Ménilmontant area, originally a hamlet within the independent commune of Belleville and so run-down by the late-1950s that the authorities demolished it. So some of the notable locations – a bakery and expansive wasteland, for example – are no more, having been replaced by the Parc de Belleville (which, at 108m, is Paris’s loftiest).

An American in Paris (1952), Vincente Minnelli