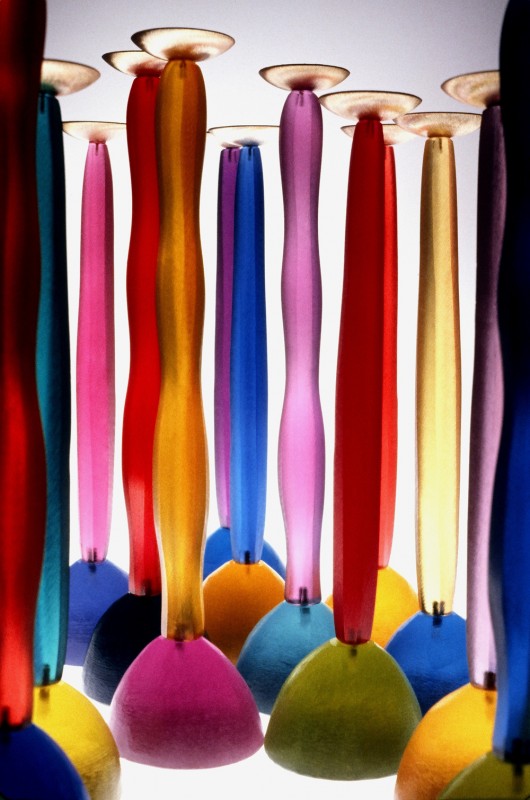 “It’s easy to make a splash for 15 minutes. I believe like Goethe that the genius is to last,” says director Agnès Standish-Kentish, who is celebrating her En Attendant les Barbares gallery’s 25th anniversary, albeit very belatedly (it opened in 1984), with En Attendant 25 Ans, a retrospective show starring the pioneer gallery’s A-list, including unique pieces, limited and unlimited editions by Elizabeth Garouste and Mattia Bonetti, Andrée Putman, Arik Lévy, Hilton Mc Connico and Eric Schmitt. The 1983 Lampe Lune (Moon Lamp) by Garouste and Bonetti, in four choices of bronze patina, is an ongoing bestseller in this “vintage flashback”—”I sold one yesterday,” says Standish-Kentish. Migeon & Migeon’s Technicolor Bénazir candlesticks, now almost impossible to find, sold more than 20,000 copies in the four years after they first appeared in 1989. New 2010 creations include colorful vases by Olivier Gagnère and Marco Mencacci, and Elisabeth Garouste’s console with dangling metallic motifs, made by ironworker Pierre Basse, who worked with sculptor Diego Giacometti. Standish-Kentish defines the gallery’s style as running the gamut “from kitsch and baroque to minimalism—eclecticism of all kinds”. The show continues through May 29. 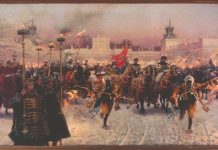 Poland at the Louvre-Lens Museum