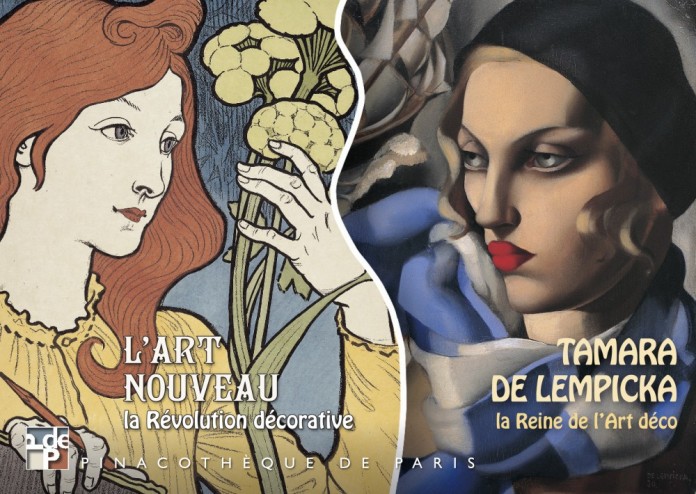 She lived as she painted, large, bold and transgressive. Born in Poland to a wealthy family in 1898, Tamara de Lempicka later lived in St Peterburg. Like so many other members of the upper classes she became a refugee in the aftermath of Bolshevik revolution.  She liked to say that she became international, a citizen of the world. The artist lived in Paris and several places in Europe until WWII, then moved to New York and later in life retreated to a Mexican hacienda. Married into the aristocracy, she acquired the title of countess and baroness. While de Lempicka produced an extensive body of work, it is the period prior to 1939 that most captures the interest of collectors as a rare pictorial representative of an Art Deco age that was mostly expressed in furniture and design rather than canvas.

Not one to bow down to social boundaries, she kept lovers of both sexes. When asked by a regular patron to paint the portrait of his mistress, after completing the commission she proceeded to claim not only her payment but also the man, a baron, who went on to become her second husband.

Her oil paintings retained interest for their subject matter – mainly people in the high circles of society – but mostly for de Lempicka’s skill with lighting, smoothness of the skin, chiseled features and the incorporation of cubism elements in rounded-off lines that give a three dimensional depth against a semi-abstract background. Personally, I find that her subjects also capture her fearlessness, the “so what?” attitude of the roaring twenties, in the stance of the posture and in the eyes. It occurs to me that de Lempicka must have made quite an interesting dinner guest.

The Pinacothéque de Paris has organized an exhibition of her work, including some sketches that had never been shown before. Some critics have pointed out that the exhibition is not didactic enough. There is little hand-holding for the viewer and no clear connect-the-dots narrative to follow. The moral is that if you are not a de Lempicka scholar, it might be best to do a little homework before visiting and reading up on the events that influenced her life in order to better enjoy the work displayed. There is, however, an element of condoned voyeurism in the form of letters exchanged between the artist and her friends and lovers that help visitors gain a further glimpse into her point of view and into the factors that fueled her prolific creativity.

The Pinacothéque de Paris has combined two exhibitions. Tamara de Lempicka, Queen of Art Deco in the Pinacothèque 2 and, in the second space, Pinacothèque 1, a much smaller show L’Art Nouveau, the Decorative Revolution.