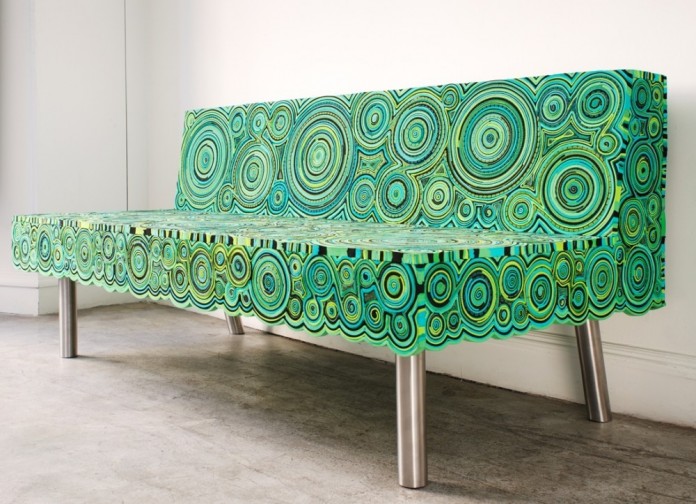 Mid-century form, but with 21st-century eco-style, takes center stage at the Perimeter Art&Design gallery, where an exhibition called “La Peur de la Couleur” (Afraid of Color) stars the Sushi Sofa by Brazilian designer brothers Humberto and Fernando Campana: off-cuts of rubber, felt and textiles in a palette of Brazilian greens, handcrafted into “sushi” swirls—a recycling tour-de-force produced in a limited edition of two.

The show’s staging by Maryam Mahdavi, based on an essay called Chromophobia by David Batchelor of the London Royal College of Art, divides color tones according to the ages of man, from the honeyed and milky hues of birth to the deep purple and inky tints of final moments. Scary indeed. Until June 7. 47 rue Saint André des Arts, 6th, 01.55.42.01.22. www. perimeter-artanddesign.com