Home Art & Design Fashion Fragonard: All in the Family 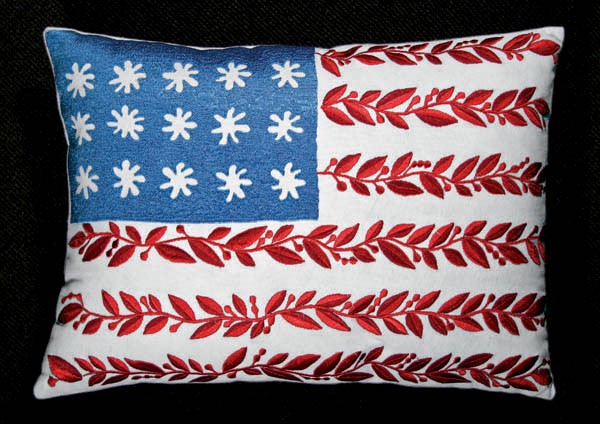 Almost everyone has heard of the painter Jean-Honoré Fragonard, a major 18th-century French artist, but few know that he was born in Grasse, France’s perfume capital, and the son of a maître gantier et parfumeur, a master glovemaker and perfumer. And it’s certainly not by chance that a famous perfume company in Grasse carries his name. Eugène Fuchs, the company’s founder, chose the name Fragonard, with the consent of the painter’s descendants, because he loved art and wanted to pay homage to Grasse’s native son and to the elegance of the 18th-century era, the Siècle des Lumières.

The history of perfume in Grasse, of course, begins much earlier.

In the Middle Ages, France was not yet famous for perfume, and the city of Grasse was in fact known for its tanning industry—quite the opposite of fragrant. But in the 16th century Catherine de Medici launched the fashion for perfumed gloves, popular in her native Florence, and the tanners of Grasse soon became maîtres gantiers et parfumeurs. By the 17th century the city had become a center of perfume production, because the climate was ideal for the large-scale cultivation of roses, jasmine and other essential flowers.

In the 19th century the climate also brought tourists to the south of France, at first seeking winter sunshine, and later summer beaches. After moving to Grasse from Paris, in 1926 Fuchs bought a small perfume factory installed in a former tannery. Fuchs was a visionary, and he realized very early that the craze for the Côte d’Azur among the wealthy and cosmopolitan set would last a long time. So as well as providing raw materials to other perfumers, he also produced his own fragrances, and sold them directly to sophisticated vacationers. Among his early best-sellers, with names inspired by their namesake’s paintings: Billet Doux, Moment Volé and Belle de Nuit. In 1936, he opened his first Paris boutique, on the rue Scribe near the Opéra Garnier.

Eugène’s family enterprise, and his passion for perfume, was passed down to his son Georges and son-in-law François Costa, who continued to develop Fragonard (supplying, among others, Elizabeth Arden in the US), and later to his grandson Jean-François Costa and his wife, Hélène. In 1978, art lover and collector Jean-François Costa opened the Musée des Parfums, on the top floor of the original perfume factory in Grasse. Filled with ancient copper stills, beautiful antique flacons and objets d’art from his own perfume-related collections, the museum covers 3,000 years of perfume history, from its origins in antiquity to today. A museum section was added to the rue Scribe boutique in 1982, and a second Paris museum and shop opened in a former theater on the Boulevard des Capucines in 1993.

Meanwhile, enter the distaff side. Since her teen years, Hélène Costa had assembled a rare collection of traditional 18th- and 19th-century Provençal costumes and jewelry, which the family installed in the Hôtel Clapiers-Cabris in Grasse, transforming the lovely 18th-century hôtel particulier, or private mansion, into the Musée Provençal du Costume et du Bijou.

When the three daughters of Jean- François and Hélène—Eugène’s greatgranddaughters— joined the company in the mid-1980s, they each brought their own specialty, pooling their talents to diversify the brand and bring it international renown. Anne, the oldest and a doctor, stays in the background; she directs the perfume laboratory and develops the cosmetic line with scientific rigor. Françoise, the youngest, handles the financial side, channeling the company’s creative strides into a profitable bottom line. And while the grande passion of middle sister Agnès has always been the creation of new products, she also takes care of public relations, business development, communications and exports.

With the fourth-generation sisters at the helm, the retail line has been greatly expanded. Fragrance remains the keystone: perfumes, eaux de toilette, cosmetic products, soaps (in the shape of hearts, flowers and irresistible yellow ducks), shower gels, oldfashioned bath salts, scented candles and home fragrance sprays and diffusers—the range and variety is enormous. Belle de Nuit is still on the fragrance list, and so is Billet Doux, and single-note eaux de toilette include sandalwood, freesia, vetiver, rose, verbena and classic Provençal lavender.

But now there are also, among other things, beauty products, lovely hand-embroidered household linens, jewelry and a small collection of clothing. There are six Fragonard shops in Provence, five in Paris, and small treasures in every one—over the last decade or so, they have become the go-to hot spots for lovely gifts at affordable prices. There are embroidered pillow cases, tote bags, colorful napkins and china items with charming motifs and witty inscriptions, candle holders, drawstring cotton pouches for laundry or shoes, scarves and shawls, sarongs for the beach—often for about the price of a bouquet of flowers. The sisters’ guiding principle is to offer exclusive items in small quantities, and to change the collections frequently, thus encouraging clients to stop by often.

Every year has a new theme, used across the entire panoply of products. The 2010 theme is mimosa, celebrating the brilliant yellow floral emblem of the Côte d’Azur, and for 2011 it will be orange blossoms. Agnès says she is excited about the possibilities offered by the motif of the generous orange tree, whose trunk provides precious wood for furniture, whose flowers yield perfume and whose fruit is not only universally prized but also used in so many candies, cakes and other gourmandises.

Putting into practice their ambitious visions for their flourishing company, the Costa sisters have been smart—and talented—enough to manage their broad diversification without calling in outside designers. They do it all themselves. At first, new products were inspired by their travels, as they brought back semiprecious stones, embroidered fabrics, boxes and tableware. Now Agnès is the instigator of the boutique collections, designing things, she says, that she would like for herself. But it’s clear she also has a gift for sensing what others will like, and for recognizing trends before they happen. A graphic designer finalizes her sketches and the items are produced, usually in India or Vietnam, exclusively for Fragonard.

Jean-François Costa has been a great art lover all his life, and to celebrate his 90th birthday next January, his daughters will inaugurate another Fragonard museum in Grasse, one devoted to fine art this time, and up to the official standards of Les Musées de France. It will be a showcase for 55 paintings by Jean-Honoré Fragonard, his wife Marguerite Gérard and another Grasse artist, Jean-Baptiste Mallet (1759–1835).

In addition to the original factory and its museum, Fragonard now has a perfume and cosmetics manufactory at Eze-Village, and a new plant, called the Fabrique des Fleurs, in Grasse, surrounded by a garden of aromatic plants. All are open to visitors with free admission, and worth visiting.

The two younger Costa sisters each have three children, much too young to take over the business directly from their mothers, but they are counting on other relatives to hold the fort in the interim—there is no question of Fragonard passing outside the family. Agnès says with pride that they have been approached many times, but have never been tempted to sell. She adds that they are committed to handing down what their parents passed on to them. As for their bottom line, it’s a closely guarded secret. While it may not be easy to work only within the family, what could be better than to keep a family enterprise alive without being listed on the stock exchange?

Originally published in the October 2010 issue of France Today.