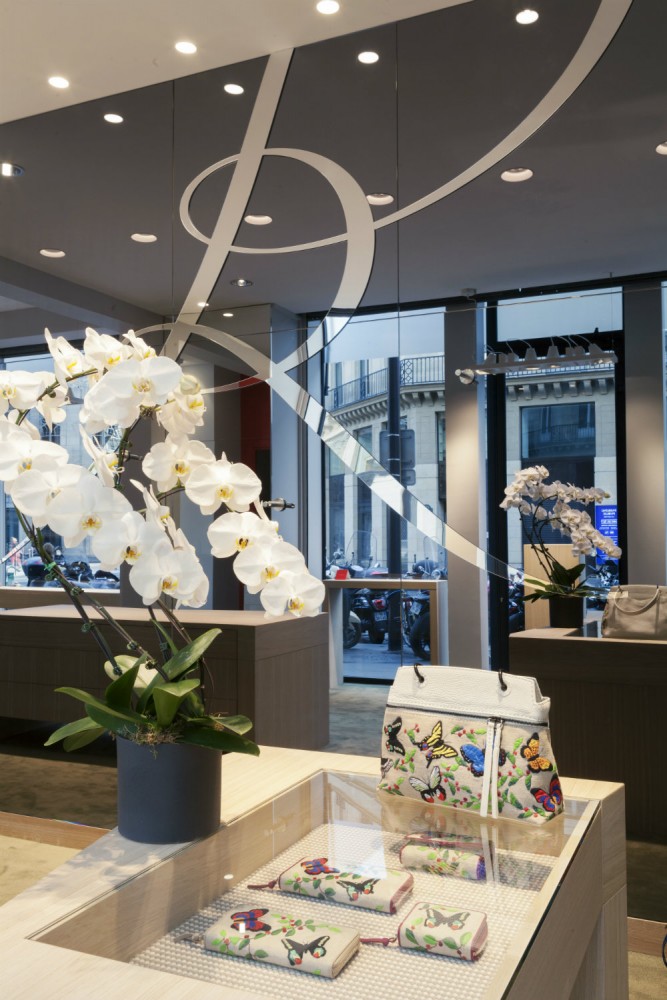 Once in a great while a lucky shopper comes across an item so original and compelling that it seems to exemplify the designer’s sheer delight in act of creation. This is rare in a work of art, more so in a handbag. Delight and desire are just two of the emotions stirred by Renaud Pellegrino’s elegant, beautifully crafted handbags, which have graced the arms of such style icons as Lauren Bacall, Catherine Deneuve and Paloma Picasso.

Pellegrino’s handbags are a staple among the most fashionable Parisians, and they have earned him a place in the permanent collection of Paris’s Musée des Arts Décoratifs. This is due to his sensitivity to materials – from satin and lace to python, sable, precious metals and stones – and wizardry with form, such as his signature burnished-metal strap-holding studs, inspired by body jewellery, and the magnificent Mondrian-esque patchwork of his silk-satin clutches. Pellegrino honed his craft as a teenager in Cannes and during eight formative years in the Paris atelier of Yves Saint Laurent in the late 1970s to early 1980s – a time when handbags were shifting from functional necessity to glamorous accessory.

Still aligned with the meticulous craftsmanship and tradition of haute couture, Pellegrino works with some of the most revered craftspeople in Paris, like embroiderers Maison Lesage, as well as traditional craftswomen in Panama, who embellish linen-and-leather wallets or clutches with dainty butterflies. There’s something here for women of all ages and budgets – for instance, Pellegrino’s jaunty, long-handled square bag in velvety calfskin, which comes in a range of colours (olive, gold, lavender, cornflower blue), is just roomy enough for the necessities of a summer stroll and costs €490, far less than a run-of-the-mill status bag.

A superb raffia tote for summer is available in several sizes, priced from €760 to €980, and Pellegrino’s very refined silk-satin evening bags of extraordinary beauty and finesse will never, ever go out of style (from €1,895).