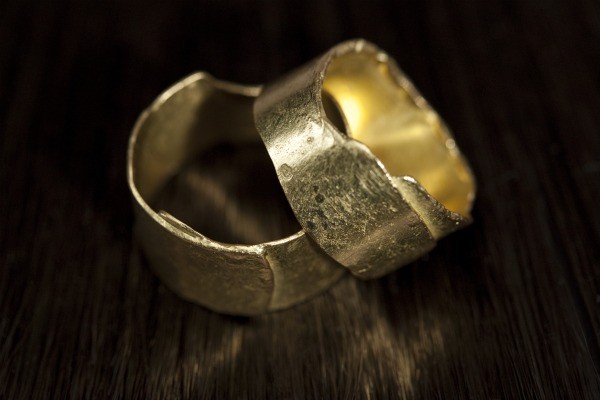 Vincent Vaucher, the designer behind the new Avenches boutique in the arcades of the Palais Royal, has one great inspiration—women. “When a woman feels good in my jewelry, I’m happy,” says Vaucher. And they are happy too, as Vaucher’s creations are some of the most original, one-off pieces to be found in Paris.

Vaucher is part artisan, part poet. Proud of continuing a long French tradition of skilled artisan jewelers, he works obsessively on each piece until he considers it perfect. At the same time, he loves the little surprises that come along during the creative process. “This is the raison d’intérieur of a piece—what makes it unique and provocative,” he says.

Vaucher’s jewelry is not for wallflowers. Whether it’s a long, feathery necklace of painstakingly coiled golden filaments or a pin made of white or yellow gold wisps (inspired, allows Vaucher, by the tresses of the perfectly coiffed Krystle Carrington of television’s Dynasty), each piece demands to be noticed. Not that the jewelry is theatrical—it usually isn’t, although a whimsical Cocteau-like pin in the shape of an eye on a long gold stem, with a dangling scarlet enamel teardrop, does seem to have a story to tell. Simpler pieces include a delightful pair of blackened-gold earrings cast from quail eggs, each containing a Tahitian pearl inlaid with tiny full-cut white diamonds; and playful “confetti” earrings—double squares of white or yellow gold—which could easily be worn every day for a lifetime. Prices range from €250 for the earrings to €18,000 for a long, intricate chain-mail necklace with a black-diamond fringe, where each of about a million tiny gold circles were meticulously linked one by one over four months to create the most exquisite piece imaginable.

Vaucher’s greatest moment, he says, is when a customer connects with the jewelry, whether she’s barely 20 or over 70—what matters is how she feels when she wears the piece: “when she feels most beautiful, immortal, like a goddess.”

Originally published in the January 2011 issue of France Today