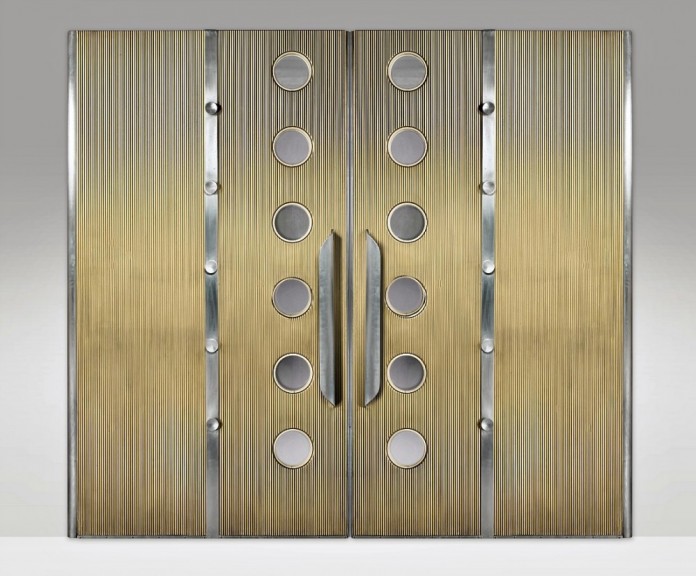 It’s summertime in Paris—at least on the calendar—and June is bursting into bloom in the southwest corner of the Tuileries Gardens at an annual horticultural fair. Now in its 9th year, Jardins Jardin offers up new ideas for pocket plots on terraces and balconies as well as beautiful blossoms and greenery galore from leading nurseries. There are culinary ateliers and vegetable dégustations—we’re in France—and a clinic with advice for sick plants. An unusual sidelight this year is a fairytale garden, to celebrate Disneyland Paris’s 20th anniversary, with topiary figures of Mickey, Donald and Dumbo and a new Princesse Disney rose.

For design mavens, the must is the Village du Design Extérieur, for the newest in outdoor furniture and decorative accessories. This year’s bumper crop melds sheer style with intriguing technical wizardry. French designer Marc Aurel is known for his urban outdoor furniture, but his sleek Onda bench for Metalco Mobil Concepts could just as elegantly slip indoors. Made of white ceramic links on a curved aluminum base, the luxury-look bench is the world’s first collaboration between the ceramics research center CRAFT and Limoges porcelain manufacturers.

More innovation comes from budding Paris talent Victoria Wilmotte, daughter of architect Jean-Michel Wilmotte, who is making a name for herself. Her sculptural Collosso indoor/outdoor marble dining table for Tendance Pierre is part of a collection of natural stone tables, urns, gueridons, benches and sculptures produced by their new Stone Performance Process: A thin slice of marble is glued to a honeycomb structure like a veneer, freeing up the design options and making the “monumental” table lightweight and easily mobile.

Alexis Tricoire’s showstopper, the 50-foot-tall Tropical Igloo, might outdo Disney. In the center of the huge dome of tropical greenery, a luminous “Ile Végétale” seems to float like a colorful cloud suspended from the ceiling. The “Ile”—a flying-saucer-shaped light fixture-cum-planter, lush with verdure—is made of polycarbonate studded with LEDs, programmed to provide a changing color show. The ceiling fixture is a prototype for one of Tricoire’s projects for Lyon’s new Confluence development in Lyon.

The fair’s best garden seating designs include Caterina Aurel’s swirly-backed Villa Caterina chair, in shades of thermo-lacquered red or green aluminum, and Binôme Design’s organically inspired, leaf-shaped chic-rustique resin “Red Drink” seat with tree-branch legs. Another updated look at the past, Chloé de la Chaise’s whimsical Double View natural wood rocking bench is a two-seater with separate backs that can be flipped, to face in either the same direction or opposite directions, in a modern version of those delicious Napoleon III Confidente settees, solely designed for a discreet gossip. June 1–3. www.jardinsjardin.com

Another young French talent, Benjamin Graindorge—named Best Young Designer 2011/2012 by Elle Décoration at Milan’s big international furniture fair in April—has almost outdone nature with his design of morningMist, a magical lighting sculpture as romantic as its name. A limited edition for the gallery Ymer&Malta, morningMist is made of small ultra-white and colored glass spheres that seem to float like bunches of bubbles above a brilliant white lacquered steel base. “I love this lamp because it seems to be unfinished,” Graindorge explains. “We could easily imagine being able to add a few glass balls to watch it grow until it takes over the entire room, with the light from one source going on forever.” The lamp, which comes in a dozen different shades, mysteriously reflects colors and light in a way the designer describes as like the moment of first awakening, “the moment where the real and unreal come together”. www.ymeretmalta.com

The most eagerly anticipated mid-century treasure at the Sotheby’s sale is Jean Prouvé’s amazing pair of “porthole” doors (€100,000–150,000). Made of glass and oxidized bronze metal, the stylishly original pair decorated the 1953 Pavillon du Centenaire de l’Aluminium along the Seine. Finally, by an irresistible star of contemporary animal-inspired design art, François-Xavier Lalanne’s imposing white marble and steel Bird chair (€50,000–70,000)—an idea first commissioned by Yves Saint Laurent for his garden—comes from the artist’s own 1974 series. www.sothebys.com

From June 12–17, modern and contemporary art as well as 20th–21st century design are the lures that draw an international crowd of hotshot collectors and power dealers to the European edition of Design Miami/Basel in the Swiss city just across the French border. Among the standouts: Paris dealer Jean-Jacques Dutko is making his debut at the fair spotlighting Japanese Katsu Hamanaka’s stunning Art Deco masterwork, a unique black-lacquered and gold-leafed three-panel screen, as well as contemporary designer Eric Schmitt’s limited-edition marble and bronze Table Jarre. “My choices are always eclectic,” says Dutko of his vibrant mixes of Art Deco with contemporary furniture and art. “From the moment you have objects of quality, you can always put them together.”

“I like to be different,” says Galerie Kreo’s Didier Krzentowski, one of the pioneers of French Design Art, and his unusual Basel presentation—more than 100 examples of contemporary lighting design from the 1950s to today—confirms his stance. The outstanding pieces come from Krzentowski’s personal collection of some 800 design works amassed over 30 years. He has now, with some favorite exceptions, decided to sell. But first, he says, “I want to show the history of design through these lamps.” http://basel2012.designmiami.com 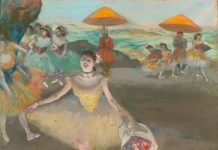