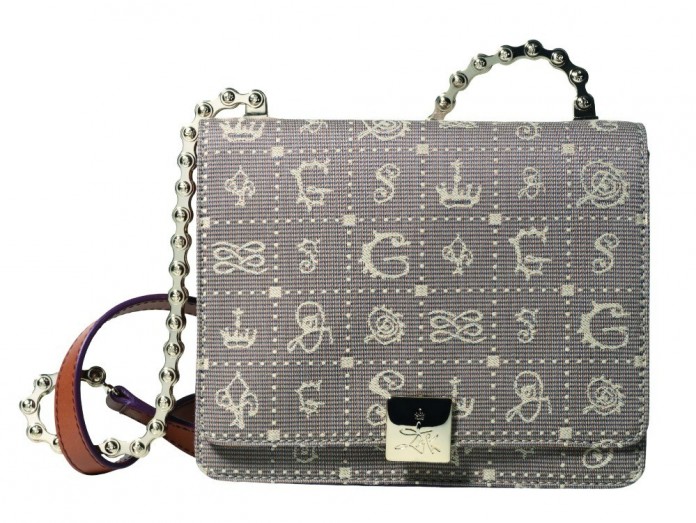 Their sizzling love story began at the beach in Cadaqués, Spain, when Salvador Dalí first spied Gala Eluard—at the time the wife of fellow surrealist Paul Eluard. Throughout his life, Gala remained Dalí’s muse and collaborator, and he paid homage to their passion in countless works of art, including a set of symbols created in gold and India ink as their own secret code.

In the 1970s, Lancel designed a handbag using the romantic Dali code in their honor. Now this fall, Lancel is launching the Daligramme Collection—an expanded line of bags and accessories using the same motif. The 1970s bag sported a bicycle chain handle, a “symbol of sincere devotion between two energies moving in one direction”. This year’s spiffy update of the stylish bag is available in a limited edition of exactly 888. The line includes eight other bags, in stamped leather or embroidered jacquard, ranging from clutch size to a generous tote, along with 12 smaller accessories including wallets, a jewelry box, cosmetic bag, eyeglass case and belt. One personal favorite: an irrestistible lobster keychain in cutout leather—a wink to one of Dalí’s iconic surrealist artworks, the “aphrodisiac” Lobster Telephone, and the 1937 dress by designer Elsa Schiaparelli on which he painted a crimson lobster, garnished with parsley sprigs. The famous dress was worn by Wallis Simpson in a series of photographs shot by Cecil Beaton shortly before she married the Duke of Windsor. 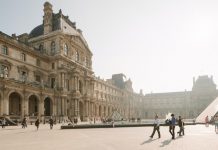