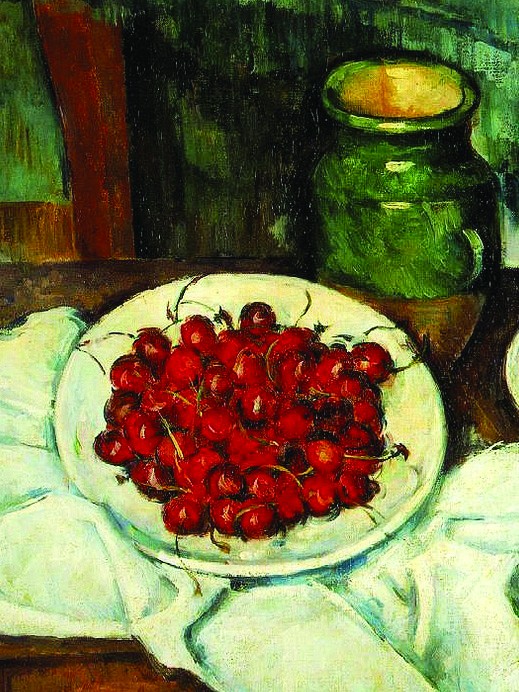 Aix-en-Provence and Paul Cézanne (1839–1906) are linked in eternity. It is impossible to visit this quintessential Provençal city today without encountering the legacy of the great painter. You will want to visit the museums, the studio at Les Lauves where he worked, the Jas de Bouffan family house and the landscapes that inspired him. Over a coffee you will take the weight off your feet and watch the wealthy Aixois mingle with students and tourists on the Cours Mirabeau where Cézanne spent time with his childhood friend, Émile Zola. And if you should get lost, it won’t be long before you come across the Cézanne trail through the city – impressively fashioned commemorative brass studs driven into the pavements to keep you en route. But above all it’s the intensity of colour, the contrasting tones and play of the light that is so striking and is perhaps the most enduring connection between the city of today and the 19th century painter.

Many people think of Cézanne as an Impressionist. But in fact, although he was painting during the same period, he was criticised at the exhibitions and never accepted by the leading Impressionist painters of his day. Eventually, with the support of his friend and mentor, Camille Pissarro, he developed his own unique style which became celebrated and much sought after towards the end of his life. Two inventions: metal tubes to contain oil paints and the portable field easel set free many painters of this generation to experiment with painting “en plein air”. It was during this period, with Pissarro’s encouragement, that Cézanne began to experiment with painting outdoor scenes.

Not surprisingly, over time his colours became more vivid and the attempt to capture the essential form and shape of objects in nature, whether from still life or landscape, became the defining theme of his work. Using heavy applications of oil paint, layer upon layer, often with the palette knife, his work attempts to capture not just the pure colour, but also the underlying structures, the geometry of visual perception, the appleness of an apple, the sheer weight and solidity of a rocky landscape. In this respect he is seen by the art world less as an Impressionist and more of a precursor to Cubism and Fauvism and he was revered by many great painters who came later, such as Picasso and Matisse.

In 1895, following successful shows in Paris, Cézanne moved back permanently to Aix-en-Provence. Financially independent by this stage, he was able to concentrate his remaining years painting both outdoors and in his specially built studio, which you can visit today, nestled in the olive groves on a hillside just outside the city centre. Locations like the majestic Bibémus quarries proved a huge inspiration to him – the rocky outcrops of golden sandstone (the former hand-cut quarry workings) creating a unique contrast against the plantations of pine trees, the sky of Provence and the Sainte-Victoire mountain rising dramatically on the horizon. You can visit the quarries today on a guided tour where you can easily see the source of his inspiration for the quarry paintings. The tour culminates in a dramatic vantage point where you look across the valley to a spectacular view of Mont Sante- Victoire. Because Cézanne took so long working and reworking his paintings it became difficult to work always from nature and he increasingly spent months at a stretch working in his studio. During this time he would often be painting the same still life over a period of months, always looking to build and improve upon concentrations of colour, searching for underlying form, creating the intense greens, golds and reds of his most famous paintings of apples and bowls of fruit.

Like all artists, Cézanne’s career saw him experiment with many styles and techniques, but it is perhaps these later paintings, inspired by the natural colours and textures of his home city, which are most popularly associated with the man, and have won the hearts of art lovers and amateur painters over the last century.

A visit to Aix-en-Provence, especially in the summer months, can transform all this dry art history into a spectacular living and breathing Cézannesque colour palette which opens in front of your eyes. The towering plane trees in full glory create dappled splashes of grey and green with glimpses of the azure sky through their dense canopy. The evening sun casts a special golden hue on the ochre sandstone of the historic buildings in the quartier Mazarin. And because Aix is also celebrated as the city of fountains (originally it was Aquae Sextiae, a Roman city), on almost every square and corner you can enjoy the steady cooling trickle of spring water, aqua in the midday, turning inky blue in the evening, always reflecting the trees, sky and stone. In the warmer months the flower, fruit and vegetable markets are at their most abundant. The vibrant oranges, golds and reds of the freshest local apricots, peaches and cherries compete with the bright yellows, greens and pale earthy colours of lemons, apples and asparagus.

To understand the soul of Paul Cézanne then, it seems, after all, that you don’t have to be a historian, an afficionado or a culture buff. What is equally important is to open your eyes to the beauty of Aix and the local landscapes that inspired the painter. Look carefully and everywhere is a striking depth of colour and vivid contrast – a permanent, living art show beyond the confines of gallery and museum.

Planning a trip to the home of Paul Cézanne? Here’s what you need to know…

Getting There: Marseille airport is just 25 minutes from Aix by car. The TGV Méditerrannée makes Provence easily accessible from the rest of France.

La Maison d’Aix: 2013 TripAdvisor Travellers Choice. A private mansion in the Mazarin quarter restored with taste and flair, creating a stylish, upmarket hotel. If you appreciate the ultra-cool European boutique ambience of wood floors, marble and chrome bathrooms and soft grey and cream colour palettes, this is the place for you. There are four beautiful rooms/suites, a lounge and a spa area with hammam. From €320 per night.

Hôtel des Quatre Dauphins: Also conveniently situated in the quartier Mazarin, a few minutes walk from the Cours Mirabeau, this is a three-storey town house with reception, breakfast/lounge and four bedrooms. The rooms are a little on the small side, there is no elevator and it is a bit faded around the edges, but the staff are helpful and if you like the old- fashioned Provençal decor of simple painted furniture and typical fabrics then you can’t go far wrong at the modest price per night. From €65 per night.

Hôtel Le Pigonnet: After a day strolling the busy streets of Aix what could be better than to return to a little haven of calm to relax and unwind in comfort and style? This is the great attraction of Hôtel Le Pigonnet, a converted mansion house, easily accessible at about 15 minutes walk from the centre of town. It has charming bedrooms, elegant guest lounges, a high quality restaurant and the quiet and peace of beautiful grounds with a swimming pool. From €195 low season.

Le Mas d’Entremont: Set in the hilly countryside just a few miles outside of Aix, Le Mas d’Entremont is a characterful four-star hotel located on several acres of attractive grounds, complete with swimming pool, tennis court and gym. There are 13 rooms varying in price according to the finish and size. This hotel makes a great alternative to the city, especially if you are on a driving tour and really want to get out of the city and into the country at the end of each day. From €167 low season.

Tip: Cooling Down in the Fountains of Aix

Water has been central to the history and success of Aix-en- Provence since it was founded by the Romans as Aquae Sextiae, a spa town. Today, one of the great pleasures is to come across every shape and style of fountain in squares and street corners. In summer, people love to sit and trail their hands in the cooling water – most fountains are fed from the Verdon canal but you may be surprised to find some water is warm, fed from the original hot springs. Highlights for serious fountain lovers are the magnificent Rotonde and the mysterious Fontaine Moussue (Moss), both on Cours Mirabeau, and the charming Fontaine des Quatre Dauphins in the quartier Mazarin. Here’s a poem about fountains of Aix.

Guy travelled by train to Aix-en-Provence with thanks to www.voyages-sncf.com 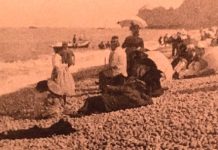