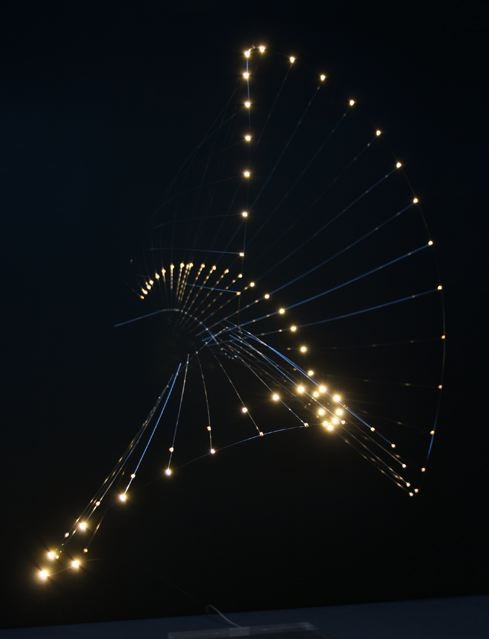 The French word that perfectly describes Bastien Carré’s work is féerique. Meaning magical or enchanting—literally, fairylike—it’s a marvelous description for Carré’s mobiles, suspension lights, sculptures and pictures composed of tiny, starry points of light connected with the finest of wires.

Carré refers to himself as a lumigraphe and his work as lumigraphie, from lumière (light) and graphe, a figure composed of linked points. A native of Aix-en-Provence, Carré studied design in Paris and spent two years in Sweden, where he missed the bright lumière of Provence so much that he started using light in his designs. He began by crafting furniture, such as coffee tables, with embedded light effects, but soon started using light as a raw material in unique objets d’art. Taking advantage of recent technological advances, Carré uses state-of-the-art LEDs that consume very little energy and last for dozens of years. His genius lies in making the electrical source nearly invisible and in using the fine steel threads that conduct the current as structural design elements. His sculptures and chandeliers are all handmade—either unique pieces or numbered, limited edition series with never more than eight examples of any one design. Some require hand-soldering more than a hundred tiny LEDs to extremely fine wires. Carré’s imagination transforms these high-tech elements into delicately beautiful artworks that surge from the wall, swoop from the ceiling, or sparkle on a freestanding base, evoking images from butterflies and birds to fountains, waves, rainbows and fireworks. Carré, whose atelier in the Aveyron is open to the public, also displays his work at galleries in Saint-Tropez and Belgium as well as at the Talents boutique in Paris. 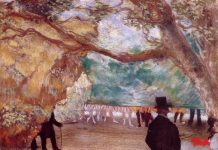 Degas at the Opéra Virtual Tour