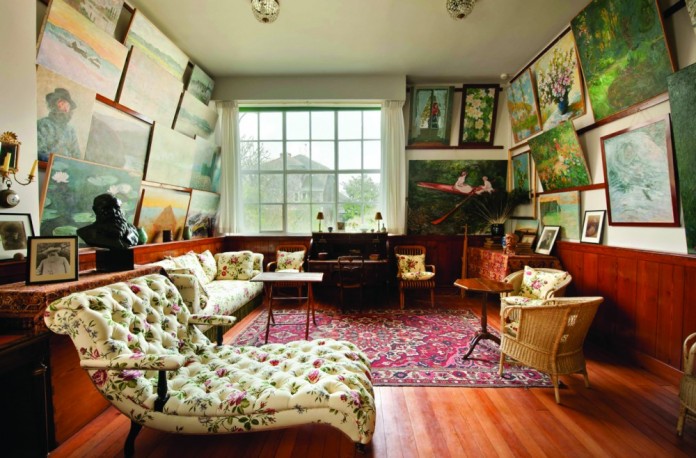 As is often the case, it was a simple invention that sparked a revolution, one which gave the world some of the greatest works of art ever known. In 1841, an American painter by the name of John G Rand patented a new device for paint storage; the collapsible metal tube. Until then, paint was stored in pottery cups and even pigs’ bladders, and would often spoil before it could be used.

Rand’s metal tubes meant that paint wouldn’t harden or dry out, which gave it a much longer shelf life. It also made paint transportable, allowing the artists of the day to escape the confines of their studios and paint en plein air, capturing scenes of everyday life, and in particular natural light and its changing qualities. They were finally free to capture the moment, wherever they wished to set up their easels.

And so they did. Breaking free of the stuffy constraints of academic painting techniques and experimenting with new materials, they set up shop in French country villages boasting storybook scenery. Situated just a short distance from Paris, the towns of Barbizon, Auvers-sur-Oise and Giverny are where legendary artists such as Jean-François Millet, Vincent Van Gogh and Claude Monet would paint some of their most beloved works. Millet, along with Jean-Baptiste-Camille Corot and Théodore Rousseau, led the famous ‘Barbizon School’ of painters, beginning an artistic movement towards Realism which reached its peak during the mid-19th century.

Situated some 60km south of Paris, the picturesque hamlet of Barbizon lies beside the beautiful forest of Fontainebleau. A number of artists from all over the world lived and/or worked here, in order to capture forest landscapes and the surrounding idyllic countryside. Today, with its streets lined with restaurants and chic galleries, Barbizon is home to a handful of French celebrities, and a worthy side trip for those visiting nearby Fontainebleau and its famed Château.

Barbizon’s main artery, the Grande Rue, with its cobblestoned footpaths and charming millstone houses, is dotted with several plaques that bear the names of the artists who lived there. At the heart of the Barbizon School was the Auberge Ganne, which hosted over 100 artists during the years it was open, as evidenced by the yellowing guest book still displayed there today.

Monsieur and Madame Ganne opened their inn, which also doubled as an épicerie, in 1834 at the encouragement of the painters who had begun descending on the village.

Fully restored in 1995, the two-storey house is now the Musée des Peintres de Barbizon and has retained many of its original features (floor-tiles, beams, chimneys) and furnishings. On the ground floor, the dining rooms and communal areas have kept their 19th-century appearance, and upstairs, the walls of an old dormitory room were stripped of their wallpaper, revealing original drawings and sketches by the artists who slept there.

The remaining rooms contain an impressive collection of paintings divided into three themes; the village, the forest and fauna. Some of these works were part of the house’s original pieces (resident painters often left parting gifts for the innkeepers), a number were donated by the Musée d’Orsay and others sourced from other collections. Notable paintings include Rousseau’s La Hutte des Charbonniers (The Charcoal Burner’s Hut), Eugène Lavieille’s Barbizon sous la Neige (Barbizon in the Snow), Ferdinand Chaigneau’s Troupeau dans la Poussière (Herd in the Dust) and Charles Jacque’s Intérieur de Bergerie (Inside the Sheepfold).

Other must-sees in Barbizon are the Atelier Jean- François Millet and Maison Théodore Rousseau, both located on the Grande Rue. Normandy native Millet, who was famous for painting scenes of peasant farmers, lived and worked in Barbizon for almost three decades until his death in 1875. Two of his most celebrated works, Les Glaneuses (The Gleaners) and L’Angelus (The Angelus), now adorn the walls of the Musée d’Orsay in Paris.

Meanwhile, his contemporary Rousseau, who spent some 20 years in Barbizon, was fascinated and inspired by the neighbouring forest of Fontainebleau. Covering 280 square kilometres, it’s home to oak, pine and beech trees and criss-crossed by more than 300 kilometres of marked trails. Fans of the Barbizon School can visit several spots where painters set up their easels, including the exact place where Jean-Baptiste-Camille Corot painted Vu dans la Fôret de Fontainebleau (Scene in the Forest of Fontainebleau).

The Banks of the Oise

Corot was another leading painter of the Barbizon School, whose work was a precursor to the plein air innovations of Impressionism. Together with his friend and fellow Barbizon painter Charles-François Daubigny, he worked in Auvers-sur-Oise, a pretty town nestled on the banks of the Oise river, 30 kilometres north of Paris.

Although it was home to other important artists – such as Paul Cézanne and Camille Pissarro – during the second half of the 19th century, the town is synonymous with Vincent Van Gogh, who created no less than 70 works there. Standing opposite the Hôtel de Ville, the Auberge Ravoux is more commonly known as ‘Van Gogh’s house’ as it is where the artist lived and eventually committed suicide in 1890. Restored to its original state, the former inn is a must-see for any visitor on a pilgrimage to Auvers-sur-Oise.

The Auberge was purchased in 1889 by a gentleman named Arthur Gustave Ravoux, who rented out several rooms. Between May and July 1890, Van Gogh occupied a tiny mansarde – No 5 – which, following his death, was given the morbid nickname ‘the suicide room’ and never rented again.

However, prior to Van Gogh there was Charles-François Daubigny who, in the 1860s, was one of the first artists to settle in Auvers-sur-Oise. The town became the Barbizon School painter’s second home, where he produced visions of nearby farms, fields and the river. Indeed, many artists were inspired by the Oise – the light dancing on its water, the reflections of the sky and clouds upon its surface and the early morning winter mist which would blanket the river.

In the heart of the village, the Musée Daubigny and Maison Atelier Daubigny feature the artist’s works as well as those of his son Karl and their contemporaries. A few minutes’ walk away is the lovely Château d’Auvers-sur-Oise, built in the 17th century, which has commanding views over the village and the surrounding countryside. The Château hosts regular exhibitions dedicated to the Impressionist painters who made their homes in the village. Visitors can also retrace the footsteps of Daubigny, Van Gogh et al by embarking on the Chemin des Peintres tour – available in the form of a map and a (French-only) audio guide from the Office du Tourisme.

Signs displaying copies of the paintings produced in Auvers-sur-Oise can be found at various locations throughout the village. The local church, L’église Notre-Dame d’Auvers, dates back to the 11th century and was immortalised by Van Gogh in his work L’Église d’Auvers-sur-Oise (The Church at Auvers), which hangs at the Musée d’Orsay. Nearby, are the exact places he painted, La Pluie (Rain) and Champ de blé au Corbeaux (Wheatfield with Crows), the latter widely considered his final masterpiece, as well as a testament to the artist’s infinite loneliness. Just steps away is the local cemetery, where Van Gogh was finally laid to rest.

Another great artist who made his home in a riverside village a stone’s throw from Paris is Claude Monet, who many agree is the master of the Impressionist movement. Monet lived in Giverny, a village nudging the banks of the Seine in Normandy, for over 40 years. The region’s glorious verdant countryside, vibrant colours and unique light also captured the hearts of many other painters, including Alfred Sisley, Eugène Boudin and Pierre-Auguste Renoir. Indeed, many of Giverny’s timeless landscapes remain unchanged. Monet moved to Giverny in 1883 and a mere four years on, his rural retreat had become something of an artists’ colony – as a haven of creativity which attracted a steady stream of artists who hoped to be inspired by the scenery.

His country abode and brace of gardens, which are open to the public thanks to Fondation Claude Monet, were sources of much inspiration. Monet deemed his gardens his “most beautiful masterpiece”. The Clos Normand, opposite Monet’s house and studio, was modelled after the artist’s own artistic vision and still boasts a dazzling array of flowers in straight- lined patterns. The Jardin Japonais, with its bridge, weeping willows and cherry blossom and other oriental verdure, was captured several times by Monet, in paintings which are now synonymous with Impressionism. But it was Monet’s beloved water lillies which would provide the basis for his renowned Nymphéas series of around 250 paintings, which are now on display in museums around the world.

Any trip to Giverny should also include the excellent Musée des Impressionnismes, which is dedicated to the Impressionist movement and pays particular attention to the Giverny colony and the artists of the Seine Valley. This exhibition takes visitors through the history of Impressionism, but also explores its aftermath and impact on art during the second half of the 20th century. And it wouldn’t be Giverny without a beautiful garden – by landscape architect Mark Rudkin, who redeveloped those of the Palais Royal in Paris – one which is home to beech, rose and cypress trees, and offers visitors a sweeping view of meadows and majestic hills.

BARBIZON: TAKE THE RER D FROM PARIS’S GARE DU LYON TO MELUN, WHICH ONLY TAKES 25 MINUTES. FROM THERE YOU CAN TAKE A BUS OR TAXI THE REST OF THE WAY TO BARBIZON.

AUVERS-SUR-OISE: JUST UNDER AN HOUR’S TRAIN JOURNEY NORTH-EAST OF PARIS FROM THE GARE DU NORD, ON LINE H.

GIVERNY: 75KM FROM PARIS. TAKE THE 45-MINUTE TRAIN JOURNEY FROM PARIS’S GARE SAINT-LAZARE TO VERNON, FROM WHERE YOU CAN GET A BUS OR, PREFERABLY, HIRE A BIKE FROM THE LOCAL CAFÉ AND CYCLE TO MONET’S HOUSE. 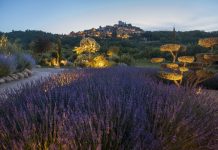 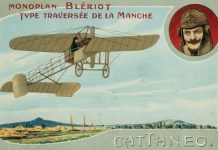