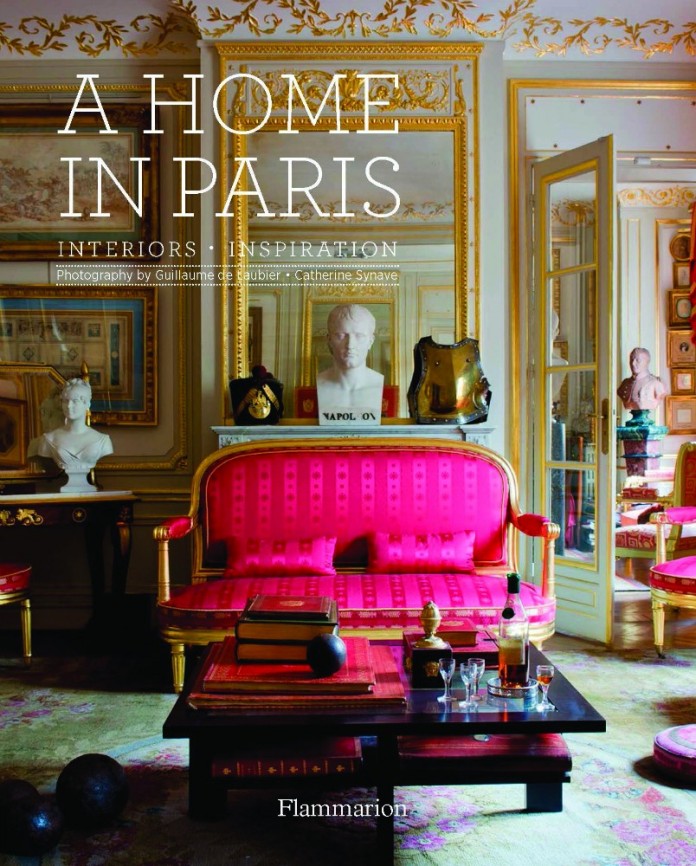 The buildings of Paris have an inimitable allure. Their façades create the distinctive Parisian cityscape; their stone takes on a golden hue as evening falls; their tall windows are fronted by lacy balconies; their slate roofs gleam a soft grey beneath the shifting sky. The apartments that lie behind those walls – some imposing, some quite modest – reveal a distinctively Parisian way of life.

Some have retained their historic splendour, a testimony to the heritage of the stately world of the 17th and 18th centuries. Some are filled with treasures from the past, while others are the setting for contemporary designs.

They may be showplaces for collections, furnishings, and decorative objects patiently amassed from the auction houses and galleries that abound in the city. Many designers live in neighbourhoods traditionally frequented by artists and writers, and their apartments reflect a distinctive talent and savoir faire. Elsewhere, an unassuming doorway leads to a vast loft, a skilfully reconfigured space that conveys a taste for restraint and simplicity. Other dwellings are suffused with a sense of nostalgia, tranquil havens that recall times gone by.

Many distinguished buildings were constructed in Paris between the reigns of Louis XIV in the 17th century and Napoleon III in the mid-19th. The fortunate residents who live in them today enjoy surroundings that are without peer – expressions of a refined taste that is universally admired.

Some architectural details, damaged by the passage of time, have been restored. Designers have consulted archival records and studied period paintings and engravings to understand stylistic nuances. The rooms are laid out as an enfilade, with double doors opening directly from the reception rooms to the dining room and on to the bedrooms. This arrangement offers a free flow of movement from one space to the next, giving a dramatic sense of perspective. The floors may be of fine wood in point de Versailles parquet or chevron patterns; stone or marble tiles are sometimes inlaid with contrasting accents. The eye is drawn to ceiling cornices whose sculpted reliefs are covered with gold leaf. The boiseries and mouldings reflect changing tastes, featuring plant and floral motifs, and sometimes insignias and masks.

The colours selected for walls and fabrics, crafted with incomparable expertise to preserve tradition, vary to harmonise with the furnishings. They may be intense, as in the 17th century, or lighter as preferred during the rococo era; cooler tones prevailed in the neoclassical style.

Well-worn family pieces stand side by side with treasures discovered in the antique shops and auction houses of Paris. To add the finishing touches to the decor, paintings, sculptures and drawings are displayed alongside carefully selected objets d’art.

Whether they were formerly commercial premises – studios, warehouses or garages – or simply conventional apartments, today’s interiors reinvent the past. They express a sense of modernity, representing a fresh approach to the Parisian art de vivre. Exquisite lacquers and delicate silks are fearlessly juxtaposed with industrial staples, including raw and polished concrete and metal. A glass panel may serve as a dividing wall, facilitating construction on different levels. Sometimes the traditional concept of a single-purpose room is discarded: living room, dining room and kitchen may occupy the same space, simplifying daily life.

Light plays an essential role in these remodelled structures. Lofty French windows open onto city or garden views; glass blocks arranged in geometric patterns may be used for windows or floors. The lighting is subtly modulated as evening falls, transforming the ambience of the space.

In some of these homes, colour is used to enliven architecture dating from Haussmann’s era, reconfiguring a wall or altering its appearance. A bold variety of shades appears in fabrics and furnishings that recall the decorating trends that have succeeded each other over recent decades. Elsewhere, colour is used as a lively accent on a chair, sofa, curtain, rug or wall, taking inspiration from the Bauhaus and cubism.

Hidden away in Paris are quiet, little-known byways, where apparently undistinguished façades conceal enchanting apartments. They seem to exist out of time, like an oasis of parkland amid the clamour of the city. The creak of an old staircase, the worn exposed beams of a former studio, the uneven glass of ancient windowpanes and weathered oak floorboards extending into the kitchen all seem to remind us of familiar places filled with happy memories.

The pale pastels that cover these walls and floors have an undeniable appeal – soft shades of blue, lavender, pale green and yellows so light as to be almost indiscernible. The wallpapers – whether original or reproductions – feature floral motifs in delicate little patterns suited to the interior of a country house. The modest furnishings blend discreetly into the subdued decor.

Some articles are tributes to bygone artisanal skills – hand-crafted pieces, polished on innumerable occasions, that have acquired the patina of time. Other pieces have been passed down from generation to generation: soft sofas piled with worn cushions, lamps bedecked with prisms, armoires whose paint is worn by the passage of time. Other furnishings might hail from a château or from a cinema, making their own contribution to our dreams and flights of fancy.

Cotton, linen, muslin and lace – fabrics play an essential role with their faded hues. Silks are often richly embroidered, and the old velvets that cover the windows and seats are exquisitely light and soft. Treasured objects, new and old, mingle together unselfconsciously, making their own statements. Some are found at a flea market or thrift store; others are bought during travels further afield. They respond to a very real yearning for memories of happy moments from the past, diffusing a certain sense of nostalgia that pervades rooms perfumed with flowers, whatever the season.

As published in France Today magazine, an exclusive extract from the book A Home in Paris: Interiors, Inspiration with text by Catherine Synave and photography by Guillame de Laubier (Flammarion, RRP €30).