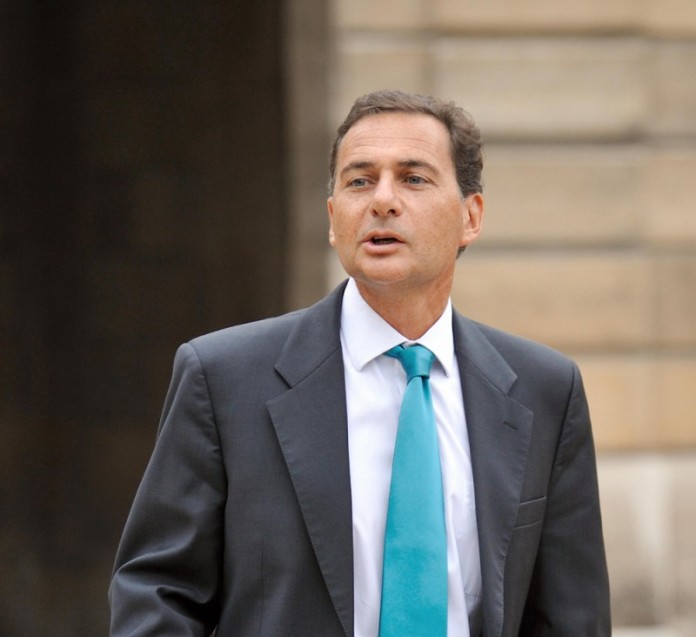 The Connexion reported that the tax on carbon will increase to 17 euros a ton starting in 2010, while the tax on electricity will remain the same, causing former Socialist Party presidential candidate Ségolène Royal to describe the tax as “ineffective, unjust and vicious.” The Economist pointed out that while it may be tough to pass, if approved, France would be the largest economy to adopt a carbon tax and that President Sarkozy would use revenue from the tax to reduce income tax.

Les Echos reported the passage of the Hadopi 2 bill, which makes downloading copyrighted music and videos illegal. Critics say that the bill, which would cut off Internet access to those who did not comply, strips individuals of their civil liberties and misses the mark, by targeting individuals rather than the various streaming outlets themselves. La Tribune outlined the provisions of the bill.

The Washington Post reported the “alleged slur” that Interior Minister Brice Hortefeaux made against an Arab youth and Hortefeaux’s own defense of his words, which he said were misunderstood. According to the Connexion, Hortefeux has been asked to resign by anti-racist group MRAP and faces charges by the same group for “humiliating remarks against the dignity of people of Arab origin,” as explained by MRAP’s executive committee.

Le Nouvel Observateur reported that Immigration Minister Eric Besson refused to sign orders to authorize a law on DNA testing of immigrants, while members of Parliament questioned his legal authority and right to do so. According to Libération Sarkozy stated that while the DNA testing “serves no purpose” and that “it’s stupid,” Besson did not approach the subject in a suitable manner and that Besson acknowledges that he does not intend to surpass the Parliament in this decision.

CBS News published the transcript of an interview with President Obama, in which he discussed his intended goals for his healthcare speech, his lack of bipartisan support for the bill, and how he will cut the “waste” out of the system, among many other topics. Noam N. Levey, writing in the L.A. Times,  provided an in-depth examination of the cost of Obama’s $900 billion healthcare proposal. Le Parisien reported that Finance Committee Chairman Max Baucus announced that he will go ahead with his health care bill to be voted on by the finance committee next week without any guarantee of Republican support. The plan calls for the creation of private health insurance cooperatives to compete with private insurers and would cost $774 billion over 10 years, far less than other previously purposed health plans.

Representative Joe Wilson was formally rebuked by the House in a vote 240 to 179 for his outburst at Obama’s healthcare speech last week, and he admitted that his remark was made at the “wrong place, wrong time.” Mike Madden, writing in Salon.com, suggested that Wilson is not meaningfully apologetic for his remark and simply saw his hearing as a waste of time and as a political diversion created to focus on him.

Le Parisien reported that while making a surprise visit to Iraq, four mortar shells exploded near the American Embassy in Baghdad while Vice-President Biden was on the premises, killing two civilians. Biden, who was appointed by Obama to oversee U.S. activity in Iraq, traveled to the country for a three-day visit to discuss, in particular, ongoing violence in the north and Iraq’s relations with Syria.

Le Figaro reported that Osama Bin Laden released a video in which he stated that Obama is no different than Bush and that the Taliban will not stop their anti-American actions until the US withdraws from Afghanistan and Iran. He continued that the United States’ unfailing support of Israel was the main factor that led to the attacks of September 11, eight years ago.

The Financial Times reported that Obama signed a bill that adds an additional 35% tariff on the already existing 4% tariff for tires imported from China, after siding with the trade unions who said that a recent increase in tire imports from China have cost them 7,000 manufacturing jobs. The Christian Science Monitor outlined the meaning of the US import tariff on tires to the Sino-American trade relationship and China’s reaction, with Chinese Foreign Ministry spokeswoman Jiang Yu stating that the tariffs “will undermine China-US economic and trade ties, and the early recovery of the world economy.” The Economist reported that the tariff raises serious questions about Obama’s commitment to free trade, and, according to a former head of the International Monetary Fund’s China Desk, Eswar Prasad, the tariff could “easily ratchet up into a broader trade war and inflict economic damage on both countries.”

The Boston Consulting Group published a report outlining the state of the economy one year after the collapse of Lehman Brothers, revealing that the world’s wealth has dropped by 12% over the last year, while that of the United States has dropped the most, by 22%. Bertille Bayart, writing in Le Figaro, stated that the second anniversary of the economic crisis passed this week and not the first, as has been widely reported, as the economic collapse did not begin with Lehman Brothers, but a year prior to its fall with the worsening subprime market.  The Financial Times provided video reports and interviews on the rise and fall of Lehman Brothers and its aftermath.

The Financial Times reported that Chairman of the Federal Reserve Ben Bernanke said the U.S. is “most likely” out of a recession, but the nation will continue to see job losses and that recovery will be slow. An opinion piece in the Washington Post stated that while the economy may be doing better than at the beginning of this year, those outside of Wall Street are not seeing an improvement in their daily lives.

The EU Observer reported that European businesses believe that the Chinese stimulus plan favors Chinese-owned businesses, making it difficult for outsiders to gain contracts, while the Chinese ministry stated that any failure to obtain contracts from China is the fault of the business for not providing competitive proposals.

Le Parisien reported that the Portuguese president of the European Commission José Manuel Barroso was reelected to a second five-year term, after the parliament voted 382 for the president to 219 against, with 117 abstentions. Pervenche Berès, writing in Le Monde, stated that the European Commission could use a new president, commenting that Barroso is flighty in his political alliances and has yet to show the community how he will deliver on his agenda.

Iraqi journalist Mountazer al-Zaïdi, who threw his shoe at President Bush at a press conference in 2008, was released from jail. He claims to have been tortured while in prison, according to L’Express.

The New York Times reported that 19 women died in a stampede to obtain free food during the holy month of Ramadan in one of the poorest neighborhoods in Pakistan, after food prices soared due to the holy period and a recent lack of flour and sugar in the region.

A United Nations investigation into war crimes committed in Gaza last winter found Israel guilty of committing “serious violations of international human rights and humanitarian law,” for which the report says the country should be held accountable. Hamas may also be guilty of similar crimes, as is stated in the report. Le Figaro reported Israel’s reactions to the findings.

Obama’s special representative to the Middle East, George J. Mitchell, visited Israel to discuss the elimination of settlement building in the West Bank in order to begin peace talks with Palestine, as the Palestinians refuse to resume peace talks until there is a complete halt in settlement construction.