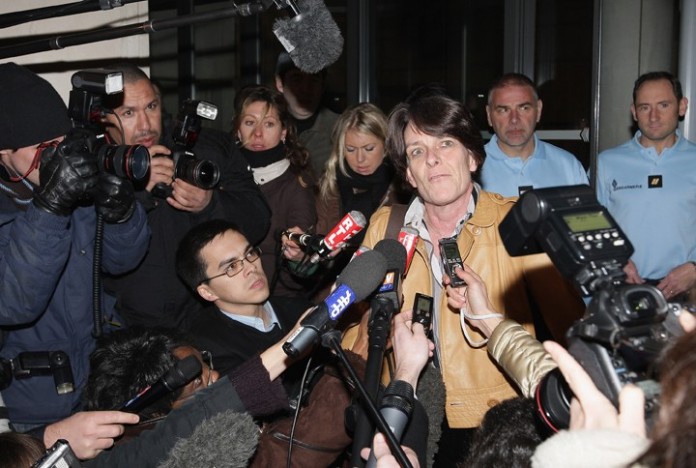 After receiving his sentence of three years in prison and a fine of 4.9 billion euros on Tuesday, October 5, Jérôme Kerviel said he was “appalled” by the decision, according to Le Point. Kerviel had been on trial since June for unauthorized trading of funds of his past employer, Société Générale, from 2006 to 2008. In the midst of the financial crisis, the investments lost the bank the 4.9 billion euros Kerviel has been ordered to repay. Throughout his trial and after his sentencing, Kerviel claimed his superiors at Société Général were aware of his actions and said it was not until his profits turned to losses that he was reprimanded, reported Libération In the wake of the scandal, the French public has expressed continued skepticism of its banking elite and wonders if recent reforms to European financial institutions are sufficient, according to the Christian Science Monitor.

Twelve presumed Islamist Militants were arrested across the south of France this week for suspected terrorist links and attempts to acquire weapons believed to be used for terrorist attacks. At least three are believed to have ties to Riahd Hennounia, a Frenchman arrested in Italy last month, raising suspicion of terrorist networks and plots throughout Europe, CNNreported. France has stepped up security measures particularly in Paris, according to The Washington Post.

AFP reports fears that terrorist networks of European citizens have formed and now pose a threat to several countries of Western Europe in particular. The Atlantic explored a system of anti-terrorist intelligence that has formed between the United States, Europe, and North Africa.

The highest constitutional authority in France upheld article 365 of the Civil Code, which denies adoption rights to unmarried and same-sex couples, according to Le Point The lawyer defending a homosexual couple who brought the case to the Constitutional Council argued that the inability to share parental privileges for same-sex couples denies legal precedent ensuring them a “normal family life” through the PACS, France’s civil union. Le Monde explains that the law requires a couple to be married for the partner of a parent to assume parental responsibilities for his or her child. As gay marriage is not legal in France, same-sex couples are automatically excluded.

At an US anti-doping agency symposium in Virginia, Bernard Kohl asserted in an interviewwith Fanhouse  Monday that it is currently impossible to win the Tour de France without the use of banned substances. Austrian Kohl finished third in the 2008 Tour and won the “King of the Hills” title before being tested positive for EPO, an endurance booster, leading to a two-year ban from racing. Kohl, who retired after the incident, said he had no desire to return to a sport where cheating is widespread, according to USA Today Kohl’s comments came amid continued suspicion of doping with 2010 champion Alberto Contador and seven-time champion Lance Armstrong, as discussed by the New York Daily News.

Nicolas Sarkozy accompanied two ministers on Tuesday, October 5, to the Lycée Jean-Baptiste Corot in Savigny-sur-Orge to unveil a new educational program called “Ciné-Lycée” that will make a set of classic films available to all high-school students in France, according to Le Post.  In an interview with 20Minutes.fr , Luc Chatel, Minister of Education, said the project would bring culture to high-school students throughout France through cinema. Chatel said the ministry coordinated with Cahiers du Cinéma, the influential French film magazine, to compose a list of about 200 classic and recent films that would be available to students and teachers.