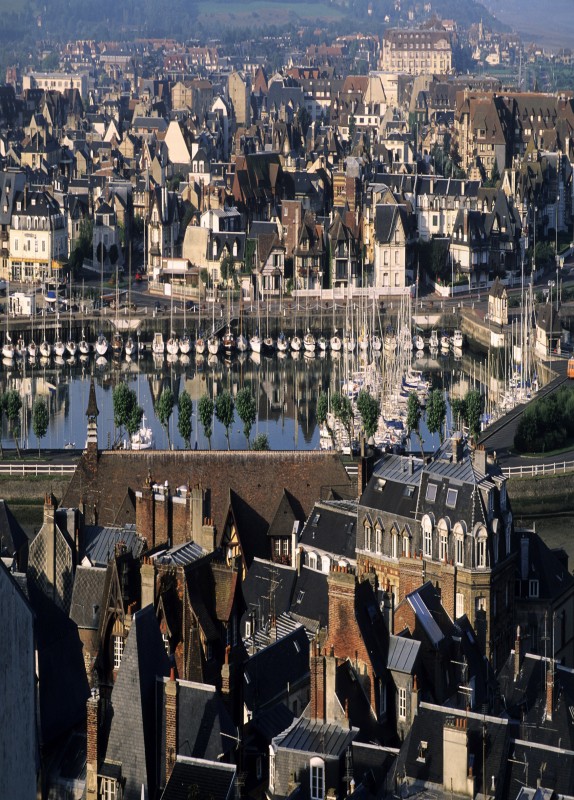 Originally published in the May 2008 issue of France Today.

The celebrity rumor mill has been churning overtime recently with whispers that “Brangelina”-Brad Pitt and Angelina Jolie-have bought a home in France.

Apparently the two were so taken with an 850-yearold stone farmhouse deep in the heart of rural Provence that they were even said to be considering moving their ever-expanding family to the Alpilles region so that Jolie could give birth there to the twins they are expecting this summer.

Local residents in the quiet and unassuming village of Eygalières, some 10 km (6.2 mi) from its more famous and larger neighbor St-Rémy-de-Provence, watched warily last month as the media circus rolled into town after news of the imminent sale broke. The Hollywood heartthrobs were said to have paid around $20 million for Mas de la Chapelle St Sixte, but London real estate agents Aylesford International denied that the transaction ever took place.

Whether there is any substance to the tale is immaterial. The story has again put Provence on the map and highlighted the passionate love affair between the glitterati and La Belle France.

If indeed the 1,600-strong community of Eygalières is to be boosted by the Jolie-Pitts and their brood, the couple will be in good company. Actor John Malkovich owns a house in Bonnieux, in the Luberon valley, and director Ridley Scott lives for part of the year in Oppède, not far away.

The draw for many is that the region, rich in cultural history and beautiful countryside, allows them to live quietly side by side with their French neighbors without any intrusions. Here-with the possible exception of Pitt and Jolie, whose fame is somewhat over the top-most stars are able to wander round their local town without meeting so much as a second glance.

Francophiles looking for the perfect home with outstanding views can expect to pay anywhere up to the staggering price said to have been paid for Mas de la Chapelle St Sixte. But the area does not attract only foreigners with money to burn. According to Elayne Murphy of Provence Property Search, “there are still some lovely, unspoiled and not-so-expensive areas of Provence offering affordable property”.

Inexpensive town or village houses can be found in many villages, especially around the Ventoux region, where they can sell for around €300,000 ($440,000).

Once installed in their ancient mas “Brangelina” might find rural living a little lonely. But with the star-studded Côte d’Azur just a two-hour drive away (or 20 minutes by private jet), A-list friends won’t be in short supply. Actor Johnny Depp and his French wife, singer Vanessa Paradis, have a farm in Plan-de-la-Tour, a small village in the hilly Massif des Maures north of St Tropez. Here Depp says he enjoys “having a pastis at the bar and talking about whether it will rain tomorrow, and not about the box office results on Monday morning”.

Head north along the azure blue coastline from the glamorous port of St Tropez, home to Ivana Trump and Brigitte Bardot, and you risk bumping into any number of personalities-Tina Turner, U2’s Bono, Elton John and Rod Stewart, among others.

Philip Weiser, director of Carlton International, says celebrities and wealthy clients flock to the Côte d’Azur because they are looking for the “cultivated environment of the Riviera as well as the privileged lifestyle. The region is steeped in history and they appreciate that.”

They are also lured to the region by a unique sense that they can escape while still enjoying a level of security and privacy, he says. “Celebrities are rarely disturbed here. Their presence is regarded as normal and most people are discreet.”

However, potential homeowners will not be lured to the French Riviera by its bargain house prices. Carlton International offers a portfolio of outstanding properties whose price tags range from €1 million ($1.5 million) to €100 million ($156 million).

If money is no object, it does appear that a large majority of the rich and famous prefer to live by the sea. Another area hugely popular with the glitter set is Biarritz, the historic Atlantic coast resort city in Aquitaine, in southwestern France, where fashion designer Karl Lagerfeld entertains the likes of pop star Kylie Minogue in his magnificent home. Racing driver Alain Prost and France’s sparkiest TV presenter Laurent Ruquier, as well as former president Jacques Chirac, also have an affinity with the seaside town of which Victor Hugo once said, “I know of no other place more charming and magnificent than Biarritz”.

Vanessa Widhoff, of Globe Immobilier, says: “The area, and Biarritz particularly, has always been popular with the stars. They love the Atlantic coast and the wildness of the scenery. The coast is magnificent. It’s near the mountains, it’s near Spain, it’s truly unique. And what’s more the town itself is incredibly chic. It has expensive boutiques like Hermès and it has the Hotel du Palais which is a mecca for stars, as is the Hotel Miramar.”

Large villas with views of the dramatic coastline are now extremely rare, but would set you back around €1 million ($1.5 million) if you found one available. Meanwhile, apartments in the center of Biarritz are currently selling at around €5-6,000 ($8-9,000) per square meter. For people with lower budgets, towns 15 minutes from Biarritz such as Bayonne may offer more affordable realty. Saint Jean de Luz is a particularly attractive coastal resort near the Spanish border. However, expect to pay close to Biarritz prices in this popular town, which also benefits from being near the region’s international airport.

Farther north along the Atlantic coast lies the Ile de Ré, an island which has been described as France’s equivalent of the Hamptons. The 30-km-long (18.6-mi) haven, which sits just off the coast of Poitou-Charentes, in sight of the port city of La Rochelle, is an old favorite with French city dwellers and also attracts such celebrities as Gérard

Depardieu, Juliette Binoche and Monaco’s Princess Caroline. The island, rich in wine, salt and oysters, is the subject of a strict conservation order which has preserved the somewhat old-fashioned ambience of the community, whose population swells considerably in the summer months when temperatures sometimes soar as high as those on the Côte d’Azur.

Sébastian Chambre, from Ré Agence, says: “People come here because of the tranquility of the island. It’s very pretty, and relatively unknown. Famous people can get lost here. But because they love it so much, the prices have increased hugely.” The most sought-after area is around Les Portes, a charming village in the north of the island. Here a 300-square-meter luxury villa will cost around €4 million ($6.2 million). For those whose budget is more modest, a one bedroom house in Sainte-Marie, in the south, might go for around €200,000 ($312,000).

Another seaside resort that has always been à la mode is Deauville, on the Normandy coast. The beautiful port town, which has its own airport, is renowned for its well-maintained half-timbered Norman architecture, its picturesque promenades and wide sandy beaches. It also hosts the American Film Festival in September, when Hollywood’s finest-Kevin Spacey, Sharon Stone-can be seen wandering through the streets of what is called Paris’s 21st arrondissement.

Not surprisingly, Deauville is very expensive compared to the rest of the region, and on a  par with the elevated prices of the south of France. However, according to Maureen James of Bacchus Immobilier, you can still find bargains if you hunt around. “The average price being paid has been approximately €220,000 ($340,000) for a three or four bedroom property in good condition, with five acres and an outbuilding or two.”

Paris, the world’s number one tourist destination spot, also attracts its fair share of celebrities who love the fact that they can all but disappear into the crowds and live almost incognito among the multicultural community.

Actor Olivier Martinez used to share his Left Bank apartment in the 6th arrondissement with his former girlfriend Kylie, and Kirk Douglas lives a few streets away. Catherine Deneuve and Kristin Scott Thomas also live in the 6th-now the city’s most expensive district-and model Kate Moss is also understood to have a “city pad” close by.

Dominique Brizard, of Patrick Randi Real Estates, says: “Over the last couple of years much of our business has been within the euro zone. But there are still Americans with an enormous budget who buy in Paris.

“The 5th, 6th and 7th arrondissements are by far the most popular and expensive. Here you can walk around the heart of Paris, discover the markets, drink coffee in the local café and be near all the shops,” she says, adding that a high-end apartment with a superb view here is currently going for €25,000 ($39,000) per square meter.

“Americans often prefer the Right Bank, however, as the apartments are bigger and better suited to big suites à l’américaine,” she said. Properties in the 8th and 16th arrondissements are better priced, at around €10,000 ($15,600) per square meter.

But again, if your budget won’t stretch this far, the 17th arrondissement is better priced still, as is the charming area around Montmartre, in the 18th.

No list of the jet set’s favorite French towns would be complete without the Alpine contingent, and in this category the winner is Courchevel, in the Haute Savoie. Here the King of Morocco mingles with Mick Jagger, Michael Crawford and Russian oligarch Roman Abramovich, and many other celebrities own chalets in the resort town, which also boasts more luxury hotels than any other in the French Alps.

Set high in the Tarentaise region, Courchevel sits in the heart of Les Trois Vallées, one of the biggest and most beautiful ski playgrounds on earth. In total the area offers 398 miles of immaculate pistes and thousands of acres of off-piste powder skiing.

Originally published in the May 2008 issue of France Today.