Home Archives Paris When It Sizzles 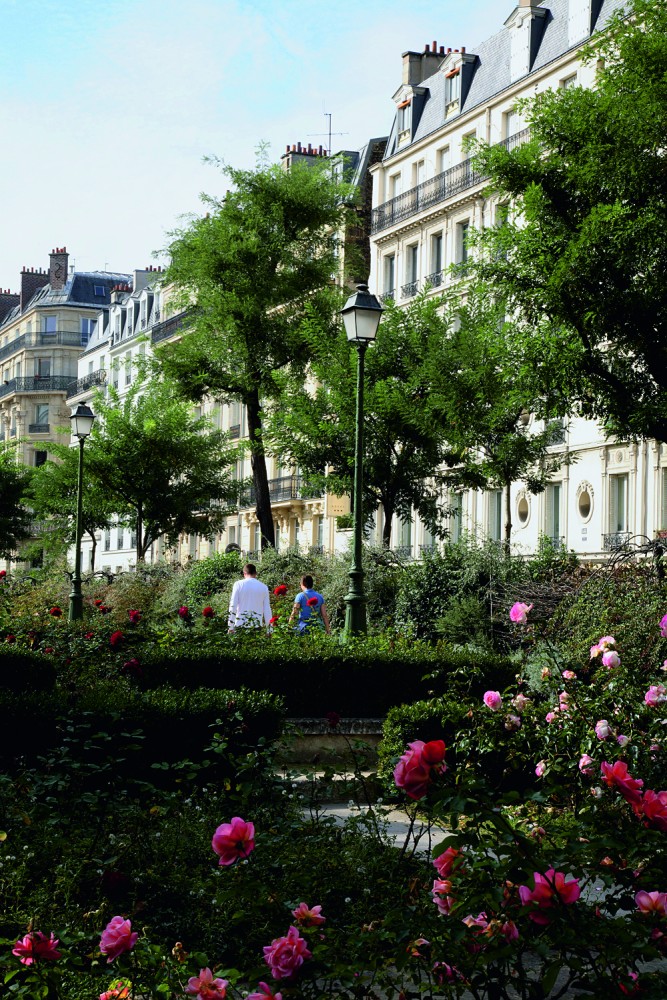 Property prices in Paris shot up by unprecedented levels last year, making apartments within the city center some of the most expensive real
estate in the world.

The average price of an apartment in Paris at the end of last year was more than €7,000 (approximately $9,561) per square meter (nearly 11 square feet), according to the Paris Chamber of Notaires. The Chamber’s report, published at the end of 2010, also reported that the number of transactions was up 23% since the end of 2009.

Prices throughout the city have risen by an average 10.6% over the previous year, with none of the 20 arrondissements in Paris reporting prices under €5,000 ($6,829) per square meter.

But for those Francophiles who dream of owning their own pied-à-terre in the world’s most romantic and stylish city, there are still a few corners of the capital where the price tags are the right side of one million euros. Glenn Cooper, a New Yorker who has lived in Paris for more than ten years, runs both a property search agency, called Paris Apartments Search, and a rental agency, Rentals in Paris. The most important factor when choosing your Paris pied-à-terre, he says, is being as central as possible, for the simplicity of getting around. But he’s well aware that not everyone has the budget for an apartment perfectly situated in the center of town.

“There are several neighborhoods that are truly Parisian and have very easy access to the historic center via the Métro or buses,” he says. “These neighborhoods are so charming and have so much going on that they make a wonderful environment for a pied-à-terre.”

Cooper suggests, for example, the streets around the Place d’Italie and Butte-aux-Cailles neighborhood in the 13th arrondissement, the neighborhood around Bercy Village in the 12th, and around the Buttes Chaumont park in the 19th. “These are three wonderful neighborhoods with real Parisian shopping streets and great, inexpensive cafés and restaurants,” he adds. Prices in the 12th and the 13th are about the same, at around €6,860 per square meter. Apartments in the 19th are generally the least expensive in town, at around €5,580 per square meter.

Cooper’s fellow American and former New Yorker Stephanie Freedman lives in the 9th arrondissement, close to the famous Moulin Rouge nightclub, and says that she is so content living there she tends to advise her clients at Paris Real Estate Finders (PREF) to look no further when hunting a pied-à-terre.

Freedman has been working with an Anglophone clientele searching for the perfect home-away-from-home in Paris since 2001. “We love living here—it’s just fabulous. And every time we go back we think it’s amazing that we made the choice.”

Freedman says her clients come from all corners of the globe including America, Australia, South Africa and the Middle East, and that some 80% of them are looking to buy an apartment that they can to rent out to short-term tenants when they are not using it. “It’s our policy to try to assist people in the neighborhoods that are not tourist cocoons. We don’t direct people, we just ask them extensive questions about
what they are looking for and try to open their eyes to neighborhoods that we think are interesting. The neighborhoods we really like best are where we live, in the 9th arrondissement. It’s very attractive and there are good quality buildings.”

For Freedman, that is paramount. “Paris has evolved architecturally,” she explains. “If you go to the Marais for example, the buildings were built in the late 17th century and they have lots of structural problems. And people, especially if they want to rent the apartments out long-distance from overseas, are not prepared for structural problems.

“We try to encourage people to look for buildings that are solid. The Haussmann buildings [named after Baron Haussmann, who redesigned much of the city in the mid-19th century] are structurally very sound, and they also have ideal room layouts. The living rooms are at the front of the buildings, for example, and the bedrooms are at the back overlooking courtyards so there is less noise. These buildings were built between about 1860 and 1910, and you can find great examples in the 8th, 9th and 17th arrondissements.”

Other areas to consider, according to Freedman, are the southern parts of the 10th arrondissement, the inner sections of the 11th and 12th arrondissements, and the southwest quadrant of the 18th arrondissement. Prices, she says, are pretty standard these days. “Prices used to differ depending on which arrondissement they were in, but it’s not so much the case anymore now.

So far, the skyrocketing prices don’t seem to be putting buyers off, and neither does the threatened enforcement of a law that cracks down on short-term rentals of residential apartments.

Since 2005 it has been illegal to rent a residential apartment in any French city of more than 200,000 people without a minimum one-year lease. Meaning that potentially lucrative, by-the-week rentals to tourists and other visitors are illegal in apartments that have not been declared as commercial business properties. Few people were aware of the law until last year, when officials in Paris decided to clamp down in response to a growing concern about housing availability, and affordability, in the capital. Enforcement was transferred to the mayor’s housing agency, the Bureau de la Protection des Locaux d’Habitation and letters sent to apartment owners.

“We have a very active clientele at the moment,” says Freedman. “With regard to the new law, the Mairie de Paris has not imposed the penalties on any owners at present. As a result the long term effects are uncertain. It’s been very highly publicized in the US but we don’t really know what the effects will be, since the situation is very fluid.”

Cooper was equally unfazed about the possible effects the new law could have on foreign owners. “For the moment, this notion about stricter rules governing short-term rentals has generated a great deal of discussion. Nobody knows for sure what the ramifications will be, but right now there are a number of meetings going on with the City’s housing authorities and it already looks as though the restrictions are not going to be enforced as the original articles appearing in the press described it.”

Where does Cooper see prices in Paris going this year? “Real estate prices grew dramatically in the last quarter of 2010, to unprecedented levels for central Paris apartments. That price level has remained in effect until now and it seems that prices are even starting to rise a bit more. It is really a seller’s market for the moment, and many properties are opening up bidding wars.”

Cooper offers an example to illustrate the phenomenon: “I know of two Paris owners who both decided to sell their apartments in the Marais last winter. Each one sold for about 15% more than the original asking price, which is a pretty good indication of how the market seems to be going these days. It will have to level out, but it doesn’t seem to be doing so for the moment.”

Originally published in the April 2011 issue of France Today