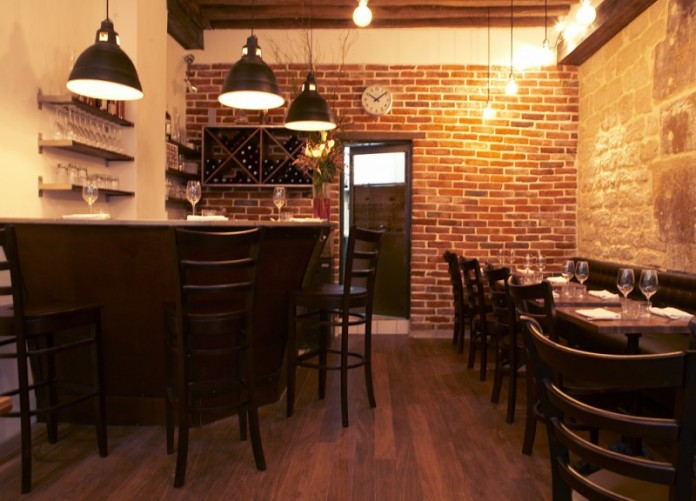 I’m not keen on the silly name Frenchie—for some reason the French insist that English-speakers call them Frenchies although, while living in both the UK and the US, I’ve heard the French called many things, but never that. But I am a big fan of smart young chef Grégory Marchand’s market menus, inspired to some degree by stints he did in London at Jamie Oliver’s Fifteen and in New York at Danny Meyer’s Gramercy Tavern (one of my own favorites). That an ambitious young French chef takes a gastronomic cue or two in the English-speaking world’s two largest cities is something I find good news, because the métier of chef has never been more international, and building on his solid Gallic base, Marchand not only came away with some good ideas, but his experience soundly disproves the idea that gourmet France lives in a self-satisfied bell jar. Frenchie is a cute little place, too, with exposed brick and stone walls and a short menu that changes constantly according to Marchand’s inspiration and what’s in season. A recent meal here started with celery-root soup spiked with vinegar and garnished with a poached egg, croutons and a slice of foie gras. Next came a superb brandade de morue (salt cod with whipped potatoes and garlic) with roasted red pepper coulis, followed by a chocolate tart. A short but interesting wine list and prompt friendly service added to the pleasure.