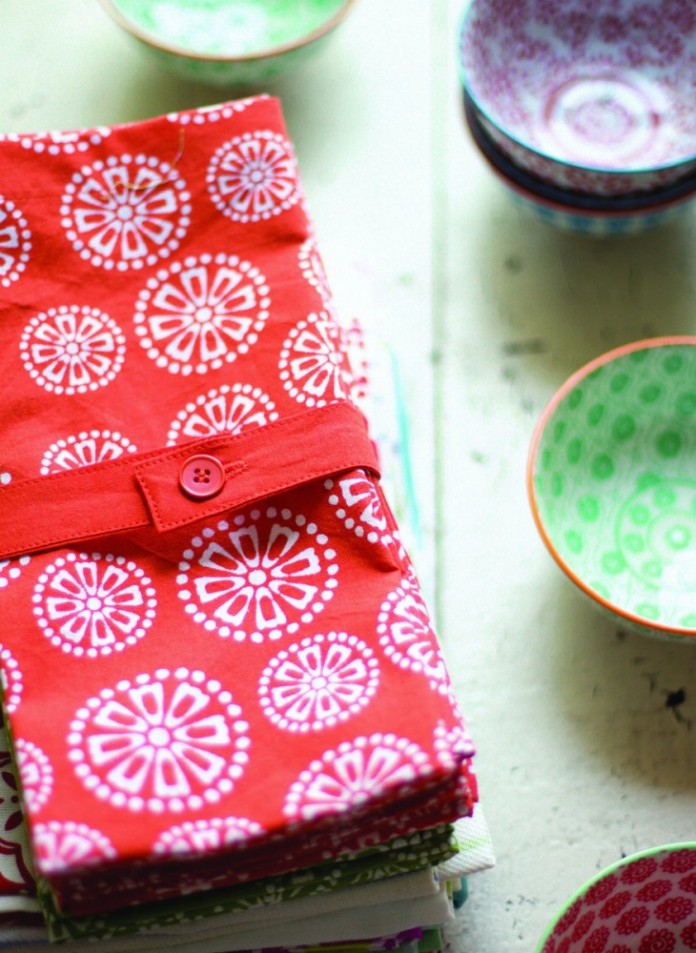 I am not sure how it all began, this life I have built around food, but I certainly know why. Chez nous (at home), thinking about food is a family matter, something running deep in our genes. It seems to have always been this way, occupying a central place in our lives. Perhaps it started many years ago, when I still lived in the small quiet village of Albestroff à la campagne (in the countryside), in northeastern France. I was only a small girl then, mind you, but already rather obsessed with anything food-involved – because to tell the truth, to me, that implied being outdoors too.

There was the obsession I had for my mother’s large vegetable garden, le jardin, neatly kept at the back of our house; and my aunts’ and grandmothers’ gardens too. I liked to follow them there on summer afternoons, when it was hot and I could walk barefoot in the grass that felt like straw from the hot sun. Even as a four-year-old I already felt something strong for gardening and getting my hands soiled. I would sit on the dirt-covered path, not far from my aunt Agathe and my cousin Christine, happily petting Minette the stray cat with one hand, and holding a basket tight in the other – ready to help.

“Qu’est-ce que j’peux faire Tata?” (“What can I do, Auntie?”) I asked, impatient to get started with a task. It made me feel like a grown-up.

“Y’a des fraises à ramasser, si tu veux,” (“There are strawberries to pick”), she shouted back from across the garden as she leaned down, reaching for young French beans.

This was, by far, one of my favourite summer garden activities – because it involved eating the berries while picking. Incidentally, I seemed to be much better at the eating part. French beans, however, were a different matter, and I was glad that Tata Agathe never asked that I help with that task. She knew better. If she mentioned green peas, though, I didn’t mind.

At my grandmother’s, it was the rabbits and chickens I liked the best. The rabbits because I could pet them; the chickens because they laid eggs. “Tu me laisseras ramasser les oeufs, dis mémé?” (“You’ll leave the eggs for me to collect, Grandma?”) I begged her each time before leaving her house: she was always kind to do so. Every time I walked into her kitchen, my basket filled with dirty feather-covered eggs, I felt like a hunter bringing a treasure home. Also, her groseilles à maquereaux (gooseberries) were succulent and juicy, and quite special too, as she was the only one I knew who owned a small bush.

My mother is the one who let me try my hand in the kitchen, and by the age of eight, I was already baking cakes, because anything sweet made more sense to me. I was even allowed to bake alone, following recipes extracted from Martine fait la cuisine, a French children’s comic strip collection I was addicted to. Martine was my heroine. I wanted to be like her, live her life, mainly if it meant that I would live in the countryside forever as she did.

There were also the coloured notebooks I kept and filled with recipes cut from the French cooking magazines my mother subscribed to. They were all organised by theme: fish, appetisers, vegetables and grains, meat and desserts. The desserts notebook was blue and the thickest. It was also the one I used the most – cakes clearly sounded more interesting than ratatouille or quiche lorraine.

My family educated me in the art of homegrown foods and homemade cooking, and eating well and healthfully. In Albestroff, with a population of barely 600 – and that’s almost counting the cows and sheep – the option of getting a takeout did not exist. My mother cooked breakfast, lunch, and dinner every day. I never questioned it. I just assumed that this was how things were supposed to be. She made a point of cooking according to the seasons and with whatever was available in her garden. I know I was spoiled.

In my family, everyone constantly talks about food. We love to create foods to share and eat. Many of my friends thought that this meant that I should become a chef or own a restaurant. I thought about it. For a while I even dreamt about running a small place with wooden tables and chairs – a place that would feel like home. I would serve unpretentious soups, savoury and sweet tartlets, tasty salads made with rice or quinoa, and simple desserts like chocolate mousse, îles flottantes, and cherry clafoutis – everything homemade. Somehow, though, I knew that I was not cut out for the job. Instead, I continued to cook for myself and preferred to host dinners for my friends and family. I liked it this way because it meant that I would always have a lovely group of people gathered in the intimacy of my home.

But the people who met me always saw me as the French girl who travels, cooks, and talks about food all the time. “Bea thinks about what she’s going to cook for dinner or lunch at breakfast,” my friend Ron likes to tease. I argue and answer “Tu exaggères!” (“You exaggerate!”) But you know what? It’s true. So in November 2005, I decided to start a food blog. I decided to call my blog La Tartine Gourmande: tartine (an open-faced sandwich commonly eaten in France), because I prepare and eat them so frequently; and gourmande (someone who enjoys food), because it defines me well. This blog would be a comfortable space where I could talk about the things I like and know well: food and travel.

I never could have imagined what would happen next. That people, many people around the world, would enjoy reading my blabbering about food, and that they’d stop by to write a note and say hello.

I am blessed. I am able to cook, photograph, write and eat well for a living. And now, there is this cookbook! Whenever I walk into my kitchen, I am inspired to try new things. La Tartine Gourmande: Recipes for an Inspired Life is all about that. It’s about my life and the foods that I like. And it’s a warm invitation for you to share in it too.

2. In a frying pan, melt 1 tablespoon of the butter over medium heat. Add the leeks and shallot and cook on low to medium heat without browning, stirring, for about 7 minutes, until soft. Add the wine and cook until the liquid is absorbed; set aside.

3. Melt the remaining 1 tablespoon of butter in the pan and add the spinach and cumin. Season with sea salt and pepper and cook for about 5 minutes, until the spinach is wilted. Let it cool, and using your fingertips, squeeze the excess water. Finely chop and set aside.

4. In each ramekin, add a layer of leek, then one of smoked salmon. Finish with the spinach. Carefully break 1 egg inside each ramekin. Pour the cream around the egg yolk, making sure that it does not cover the yolk. Season with sea salt and pepper and add a pinch of nutmeg and chives. Cook the eggs in a water bath (this method uses a pan of water placed in the oven, with hot water poured to half way up the ramekins) for 10 to 12 minutes, until the egg white is set and the yolk is still runny. Serve warm with crusty bread or soldiers, and if using, top with salmon roe.

Tartine with walnut, lemon and ricotta pesto and sautéed mushrooms

For the walnut, lemon and ricotta pesto:

1. To make the walnut pesto:
In the bowl of a food processor, combine the garlic, walnuts, parsley, lemon zest, and sea salt and pulse to finely chop. Add the oil and continue to work to obtain a paste. Transfer the paste to a bowl and combine with the ricotta; set aside.

3. Preheat the broiler. Toast the bread and spread with the pesto-flavoured ricotta. Top with the mushrooms, nutmeg, and grated cheese. Place the tartines under the broiler until the cheese melts — this takes 2 to 3 minutes, depending how close the flame is to the tartines. Serve immediately with your favourite soup, if you like.

Excerpt from the book, La Tartine Gourmande, published by Roose Books, as seen in the October-November 2013 issue of France Today