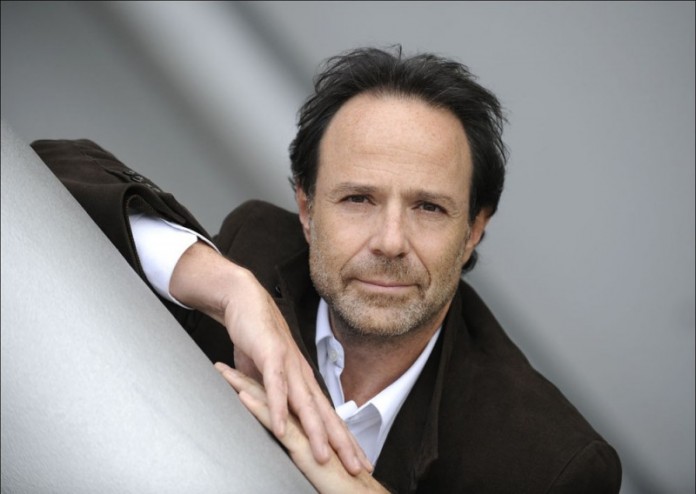 His nine novels have been translated into 41 languages, selling some 18 million copies. Yet only nine years ago, when French architect Marc Levy was recounting elaborate bedtime stories to his young son every night, he couldn’t have dreamed that they would one day turn him into a multimillionaire. Levy, who had never published a word of fiction previously, was catapulted into literary stardom with his first novel, the instant bestseller Et Si C’était Vrai (If Only It Were True).

Beginner’s luck? Hardly. Since then every one of Levy’s subsequent novels has shot straight to the top of the bestseller charts—making it one a year for nine consecutive years. The 48-year-old Levy has not yet won any literary prizes, but these days he is the French author most widely read throughout the world.

How does he do it?  What are those secret ingredients for a bestseller with universal appeal?

“I really don’t know,” says Levy, and you’re inclined to believe him. With his easy friendly manner and ready smile, it’s no wonder he has so many fans. “The first thing I try not to do is watch myself when I write. If I were conscious of what I was doing, it would be terrible. What’s more obvious to me is that my novels are all centered on building the characters. I know everything about them before I start. Strangely enough, from the mail I’ve received, some of the readers seem get very attached to those fictional characters. They want to ‘stay’ with them, as if they were real, and so they ask for a sequel.”

“Marc has a very particular gift for grabbing the reader’s attention and telling a story,” says Susanna Lea, a British-born literary agent who spotted Levy’s talent early on, when she was working for Paris publisher Editions Robert Laffont in 1999, before creating her own company. “He has a real knack for making you believe the unbelievable and at the same time, creating characters that you can relate to. He explores human experience, and issues that are relevant to us all,” Lea says.

The whopping success of Levy’s career was an unusual debut by any standards. “The funny thing is that with my first novel, If Only It Were True, I never really had any literary ambitions,” says Levy. “Sometimes I’d scribble down ideas and invent all kinds of characters for my son. I’d pretend to take notes during professional meetings,” he recounts, “but I was somewhere else.”

“Basically, the story was a romantic comedy about a guy who falls in love with the letter and not the envelope,” says Levy. “It’s something like Saint-Exupéry’s idea in The Little Prince that you can only see clearly with the heart.”

But nothing really happened with the idea until his sister Lorraine Levy, a screenwriter, discovered the half-finished manuscript and persuaded her brother to develop it for an adult audience. On the strength of a plot synopsis and a few chapters, the novel was accepted by the respected Editions Robert Laffont, and programmed into its collection for the next season.

Set in San Francisco, where Levy lived as a student, If Only It Were True tells the story of Arthur, an architect who moves into an apartment and discovers in his closet the spirit of a young woman, Lauren, who has been in the hospital in a coma for six months. They fall in love, but Arthur is the only one who can see her and his friends and colleagues believe he’s gone mad. When doctors threaten to unplug her life-support machines, he kidnaps his beloved in a stolen ambulance and takes her to a remote hideaway. Lauren miraculously recovers, but has no memory of her spirit’s passionate affair with the stranger at her bedside, and Arthur must court her all over again.

Perhaps the real puzzle behind the book is why, in 1999, at the Frankfurt Book Fair, an untranslated French manuscript written by an unknown first-time author triggered nearly every major Hollywood studio into a bidding frenzy for film rights. Steven Spielberg’s DreamWorks Studios snatched Levy’s book up for $2 million, and in 2005 the screen version, Just Like Heaven, starring Reese Witherspoon and Mark Ruffalo, was a box office hit. (Once the movie option had been finalized, US rights to publish the book were sold to Pocketbooks, a division of Simon & Schuster, for “seven figures”, says Lea.)

After the 2006 Mes Amis, Mes Amours (London Mon Amour), a bachelor comedy set in London (adapted for the screen and directed by his sister Lorraine), Levy chose to depart from light-hearted romantic adventures to more personal concerns. His next novel, Les Enfants de la Liberté (Children of Freedom), published in 2007, is a moving drama about a group of immigrant adolescents who fought with the 35th Brigade in Toulouse at the start of World War II and later took part in the Resistance.

“One of the characters, Jeannot, was based on my father and his experiences,” says Levy. “It took me ten years of research. One of the biggest challenges was to be very honest about what really happened.” No sooner was it published than the translation rights were immediately sold to 16 countries, including Harper Collins in the UK.

In France, even the Prix Goncourt, the country’s most prestigious literary prize, will not guarantee the same kind of exposure or commercial success. Take for example Syngué Sabour: Pierre de Patience, a compelling and lyrical novel on the human condition by Afghan author Atiq Rahimi that won the 2008 Goncourt last fall. It’s scheduled to be published in the US in January 2010 as The Patience Stone. The subject: a magic stone that listens and absorbs the secrets of those who spill out their pain and misery. Before the prize, the book had sold 20,000 copies; the prize has brought sales up to 360,000.

In comparison, Levy’s 2008 bestseller, Toutes Ces Choses qu’on ne s’est pas Dites (All Those Things We Never Said)—a cross between a romantic comedy and a cyber-thriller about an estranged father and daughter, set in New York—sold more than 700,000 hardcover copies in France alone.

Levy’s current work, Le Premier Jour (The First Day),is a page-turning tale of adventure and romantic intrigue, about a Parisian archeologist who is given a mysterious magic stone from an Ethiopian volcano (yes, another variation on a magic stone story) that she wears as a talisman necklace, while her former companion, an astrophysicist, tries to solve the enigma of the stone’s origins.

Has Levy’s notoriety changed his lifestyle?  “I live like a normal guy,” he grins. “But once in a while strange things happen. I was in Hanoi recently, walking down the street and a man, riding by on a motorbike stopped and took off his helmet, and asked me if I was Marc Levy. Two blocks later, a girl did the same thing. I thought it was a joke—like I was on Candid Camera or something.”

Levy, who previously lived in London, has now set up home base in Greenwich Village. “Being immersed in English has definitely affected my way of thinking and structuring the novels. The language is more efficient, more radical and more direct than French, and it helps me go directly to the point,” he says.

What has he learned so far from his high-pressure, crest-of-the-wave literary status? “Never tell the same story twice,” he says with a mischievous glint in his eye. Stay tuned in 2010 for something completely different.

If Only It Were True

Will You Be There?

Seven Days for an Eternity

All Those Things We Never Said