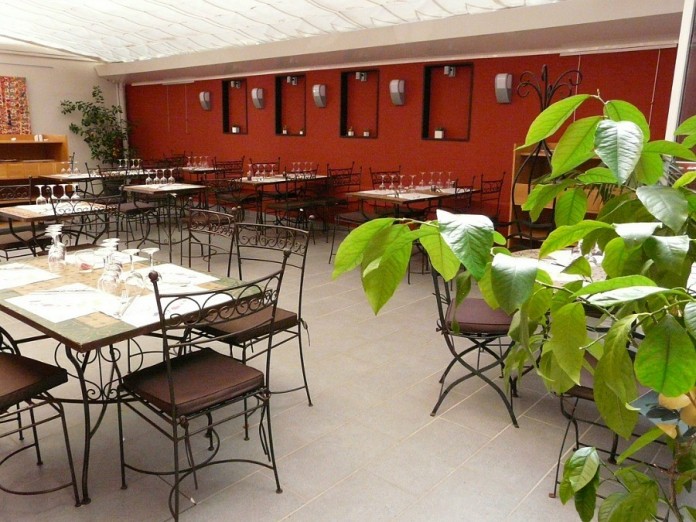 Just steps from the Maison Carrée, a Roman temple that is one of the most beautiful and best preserved ancient buildings in Europe, the new bistrot L’Imprévu is run by a crew that formerly worked together at several Paul Bocuse restaurants in and around Lyon before moving to Nîmes. A friend and I settled in on the restaurant’s large, sunny terrace and enjoyed a meal of excellent and intelligently inventive contemporary southern French dishes.

Noticing that the portions on tables around us were generous, we split a first course of scallops and squid en persillade. Then I tucked into a first-rate risotto garnished with tender monkfish cheeks prepared à la meunière—a rich bouillon had been used in the preparation and the rice had a nice bite. My friend’s roast cod, served with an appealing garnish of crushed potatoes and sun-dried tomatoes in pistou sauce, was terrific, too, as was our shared dessert, a savarin aux pistaches caramélisées—a sort of Languedoc ice cream sundae of pistachio ice cream topped with caramelized pistachios, whipped cream and a red-fruit coulis. Finishing up a bottle of wonderfully reasonable (€18) and very good local IGP (Indication Géographique Protégée) white wine—a viognier, marsanne and grenache blend from the Pays d’Uzès—it was tempting to while away the afternoon en terrasse, but instead, braced by strong coffee, we set off to visit Nîmes’s Roman amphitheater.