Home Archives Héroïnes Françaises: A Discussion with Monique Saigal on Women in the French... 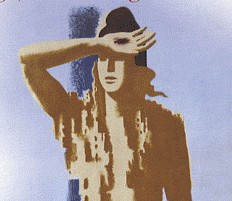 From the French-American Foundation:

Please join us for our Tuck Speaker Series event with Monique Saigal, Professor of Romance Languages and Literature at Pomona College, on Monday April 27th at 7:00 PM.

Dr. Saigal will discuss her recently published book, Héroïnes Françaises, 1940-1945: Courage, Force et Ingéniosité, a collection of interviews with women who served in the French Resistance. A reception will follow the discussion.

About the Book
The stories of the eighteen French women who resisted the Nazi occupation in Héroïnes Françaises are tied to Dr. Saigal’s own story as a Jewish child hidden with a Catholic family during the Second World War.

Dr. Saigal conducted interviews with these women in France, Switzerland, and California and recorded their stories: Lucie Aubrac, who freed her husband from a Nazi prison three times during the war, once by coordinating an attack on the prison van transporting him; Jeanne Bohec, who enlisted in the French free army in Britain where she invented explosives, parachuting into France to teach resisters how to make them for sabotage; and Brigitte Friang, who joined the Resistance while in high school, later decoding aerial operation transmissions, among others.

While Héroïnes Françaises serves as a historical record, the book’s deeper purpose honors the courage of these women, the sacrifices of Dr. Saigal’s own family members who risked their lives in the Resistance, and the memory of her grandmother who died at Auschwitz. Their stories of courage and strength will serve to inspire.

Event Information
The event will be held on Monday April 27th in the Skyroom at the French Institute: Alliance Française, located at 22 East 60th Street in New York City. The discussion will begin promptly at 7:00 PM followed by a question and answer session and reception. Seating is limited so please register in advance at http://saigal.eventbrite.com. The event will be in English.

Seats for French-American Foundation members are $15 and $25 for non-members.

Again, we would be delighted for you to join us and Dr. Saigal on Monday April 27th, and we are grateful to Pomona College for collaborating with us to organize this event.