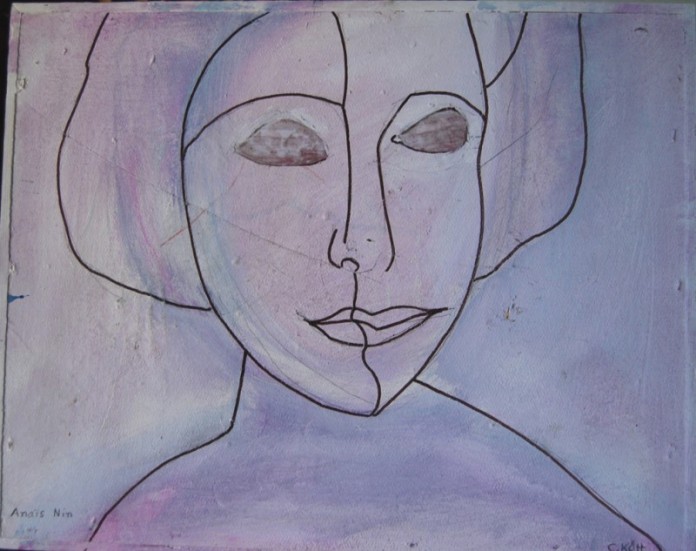 The works of Swedish painter Carl Köhler, who died in 2006 at the age of 86, are at the Brooklyn Central Library this month. Among the 26 exhibited works, eight are portraits of writers who were French or wrote in French. On display: Samuel Beckett, Alfred Jarry, Guillaume Apollinaire, Jean Cocteau, Claude Simon, Jean Genet, Anaïs Nin and Antonin Artaud. “My father adored French literature,” Henry Köhler, the artist’s son, explained. “From 1950 to 1952, he lived in Paris, and he came to know these authors through their books.”

Carl Köhler did not know his subjects personally. Most of the portraits were painted in the last fifteen years of his life, long after the deaths of some of the writers. “Cocteau, Mauriac and Beckett were completely different characters, and my father painted them using different techniques,” the artist’s son commented, speaking from his home in Stockholm. He used bold brushstrokes for a portrait of Artaud, fine lines to sketch Anaïs Nin.

This surprising exhibit in the heart of Brooklyn has an improbable story all its own. “When he was alive, Carl Köhler never exhibited outside of Scandinavia,” Henry Köhler continued. “He didn’t have an agent, and he didn’t have enough visibility to get one. I decided I had to do something for my father.” After the artist’s death, Mr. Köhler contacted a curator at the Brooklyn Library himself. The curator flew to Sweden, to stay with him and see the work. When she flew back to New York, she brought the paintings with her, and curated the exhibit herself.