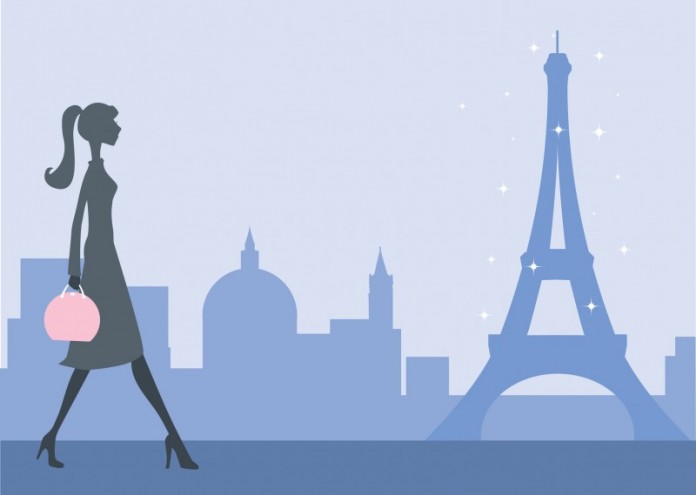 proudly at my teenage sons and popped the question.

“Now,” she said, fixing a gimlet eye on her Franco-American nephews. “Where are your girlfriends?” She was obviously astonished to have seen lots of their “friends” but no “girlfriends” among them. My boys in turn were astonished: No one in France had ever brought the matter up—and they weren’t about to tell!

Yet for my aunt the question was perfectly normal. Her children, slightly older, had “dated” and “gone steady” and done all those American things my Franco-American duo didn’t seem to be doing—or, in any case, talk about doing.

Rest assured, I told her, they live in France, are half-French and as far as social relations are concerned, they’ve glommed on to their Gallic side. Actually, I’d never really considered the whole matter of girlfriends because French kids run around in groups, and if they pair off it is generally invisible to the human (translate parental) eye.

About the same time, I got a phone call from an American friend in Paris. “My family and friends in the States keep asking me who I’m ‘dating’ or if I’m going to be out on a ‘date’ on Saturday night,” she lamented. “I’m having a really hard time explaining that in France people go out in groups and then just kind of end up with each other.” We sighed. It is indeed complicated to explain the ambiguous, complicated and often opaque process by which French men and women pair off.

“It just kind of happens”
In the words of 36-year-old Laurence Bagot, a French journalist who spent a year at Harvard and admits she is as mystified by American dating habits as the Americans are by the French ones: “In France, getting together just kind of happens.”

In a nutshell, everyone kind of seems to think that getting together in France just kind of happens! Which is true. And the funny thing is that even when people are together, you rarely know what their relationship is. Laurence says that at a Parisian dinner party she was seated next to a distinguished older man and woman. “I talked to them for three hours and didn’t figure out until after I left that they must have been married for the past 40 years!” This “discretion”—or “secrecy,” depending on how you see it—is not solely the domain of older people. French university students Gaëtan Akyüz and Lorraine Bonduelle are now “just good friends,” but when they were a twosome, they said, “we didn’t tell anybody.” They recall that, on a trip to Turkey with a group of friends, no one knew they were together.

On purpose. For Lorraine, the choice to not reveal they were a couple came from a mixture of pudeur (propriety) and amour propre. The secrecy wasn’t restricted to their pals. “I never would have told my parents who I was going out with, because [the relationship] might not have worked,” says Lorraine. So how do you know if someone is with someone? “It’s not easy!” they chime, almost in unison. Lorraine offers that “There might be mini details, signs, such as you might talk more to one person than another, or be seated next to him. But it shouldn’t be obvious.”

All this is very subtle—and very, very French.

An artistic haze
For the non-French who don’t get the rules of the game, they seem to be the following:

l. Men pursue women actively: Vanessa McClure, a striking American redhead studying in France, observes: “A French guy gets your number and calls right away; it’s not the three-day rule practiced by guys in the States who play hard to get and want to make the girls anxious.”

2. If you act the way French women do, you won’t get hassled: According to Nidal Kersh, a Swedish student in Paris, “French girls never get harrassed the way foreign women do, because they know the rules. They don’t even pretend to be nice; they just cut you off if they don’t like you. Parisian girls don’t look anyone in the eye unless they want to initiate contact.” Which leads us to the rule’s corollary:

3. If you act American, you WILL get hassled, says 34-year-old Allison Lightwine, an American who was a single woman in Paris: “If an American woman acts like she does in the US, it’s seen as extremely aggressive sexual behavior.”

One naïve young American student who wished to remain anonymous said that her friendly, open conduct led to a situation in which she had to literally push an overeager French fellow out of her apartment. “He was really surprised and angry,” she says. “He told me he thought American girls were faster, like the ones he’d seen on MTV!” (She learned her lesson, adopted Parisian habits, and is now with a charming French man who, she says, is nothing like that wannabe paramour from her past.)

4. When you’re going out with a fellow, don’t formalize it: Remember, this is the country where everyone knows the names of the kings’ mistresses, but not necessarily their wives. That’s history, but even today in France, the rush to the altar is superseded by the importance of what’s going on between two people, a state several French men and women independently and poetically described as un flou artistique (an artistic haze).

There’s little proclivity for fuzziness or ambiguity in the States, where, “after dating for a while,” says Rachel Gogel, a 19-year-old graphic design student at the University of Pennsylvania who grew up in France, “you sit down and have a conversation to say ‘What are we? Are we official?’ It’s kind of an American thing, like: Are we on the same page?”

This desire for clarification may be the reason Allison Lightwine’s French boyfriend went running. After going out with him for a few weeks, she sat him down for “the conversation”—and never heard from again. (She ended up marrying a Belgian.)

Yes, the French have their French ways, and while “speed dating” and even “turbo dating” have come to France, the French can’t forget centuries of courtship customs, among them the light, elegant flirting banter called marivaudage, after the 18th-century French playwright Marivaux. Banter, lightness, mystery. Do the French ever get serious?

Yes, so watch out for this rule:

5. If and when a French man brings a girl home to meet Maman and Papa, things are very sérieux indeed. My aunt, bless her soul, would be pleased to know that one nephew is now happily married—to the only girl he ever DID introduce us to. His younger brother, in true French style, is happily into his fifth year of living with the lovely young lady who also was the first and only one he brought home to meet les parents.

Who knows whether our youngest and his significant other will ever tie the knot? A recent study showed that some 48 percent of French men and women live together and have children with nary a thought of making it official at city hall. But that, as they say, is another—very French—histoire.

Originally published in the September 2007 issue of France Today.