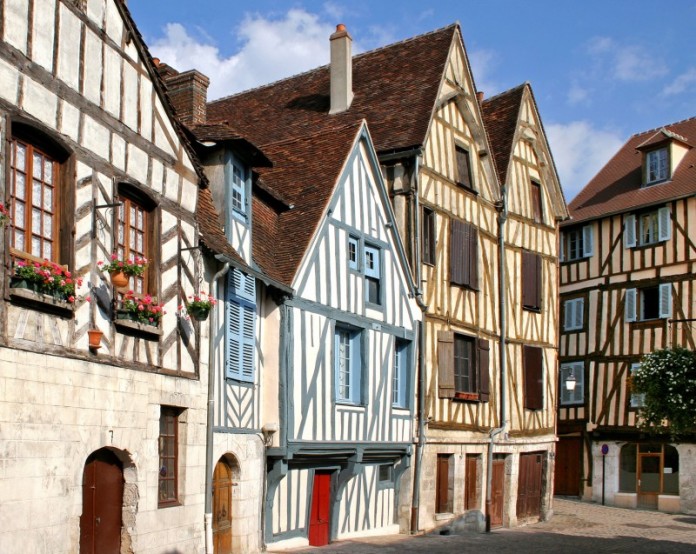 As we greet the New Year 2009 there is no getting away from the painful reality of the global financial crisis and widespread recession. But the travails of the international finance world do not necessarily have to spoil romantic plans to splash out on a new home or apartment in France. Some property experts are even predicting that this year might well be a prime time to invest in your transatlantic dream. The property market in France has slowed down considerably due to a shortfall of buyers-both the French themselves and would be expatriates are finding it increasingly hard to obtain loans as the credit crunch takes hold. But there are still a large number of properties on the market-many of which are now being offered at more realistic prices, as previously over-ambitious sellers are being forced to lower their sights and come down to what the French call a “correct” asking price.

Over the last decade property prices in France have skyrocketed, explains Trisha Mason, of the property consultant agency VEF, who considers today’s reduced asking prices merely a correction to the bubble-like inflation of the “boom years” from 1996 to 2006. “Sales have definitely slowed down,” says Mason, “and some vendors who need to sell now are prepared to take offers of up to 20 percent below the asking price. What needs to be clear, though, is that these are mostly the very same properties that were originally put on the market at too high a price. After the boom of 1996-2006, many vendors thought that the sky was the limit when it came to pricing their properties.”

Traditionally, the French property market increased in value by about five percent per annum during the years before 1996, but during the following decade that growth accelerated to between eight and ten percent a year.

“All that is happening now is a correction of values to take out the over-inflation seen between 1996 and 2006,” Mason says, adding that the best way to secure a true bargain is the same in France today as it has always been the world over-find a desperate vendor. And there are some out there. “Every week we are seeing some properties reduced in price by up to 20 percent.”

It is this uneasy sort of shotgun wedding between “cheeky buyers and anxious sellers” that is upholding the momentum in the French market, according to real estate agents at Premier French Property, who say they are seeing a resurgence of interest in the Dordogne real estate market from expatriate communities in Hong Kong, Singapore and the United Arab Emirates as well as from Australia and the United States.

Louise Sayers, who runs Med and Mountain Properties in the Pyrénées-Orientales département-the Catalan country around Perpignan and down to the Spanish border, on the Mediterranean side-has also noticed a change in the attitude of buyers, strengthened by the recent havoc wreaked on the property market by the credit crunch. “People are still buying, but those buyers know that they have a lot of choice, so they are being more demanding. Most people who are looking to buy in our area want detached properties, full of character. That could mean an old stone mas, or a new build with imagination.”

The same story is repeated across France-with the exception of parts of the south of France, Provence and the Côte d’Azur, where some areas have maintained the same level of sales in 2008 as in previous years, with a few even seeing price increases. “These are certainly not areas to look for a special bargain at the moment,” warns Mason.

For a real bargain, head instead to Charente, situated about halfway up the Atlantic coast and slightly inland. The area, famed for its Cognac production, is one of the sunniest parts of the western French coast and its wooded inland valleys are truly stunning. The region is served by a number of airports, including Bordeaux and La Rochelle, which are both within an easy drive. Traditional houses here are picturesque cottages with well-proportioned rooms and terracotta tile roofs. One such traditional two-bedroom house is currently on the market for around $163,000.

Another area popular with bargain hunters is the Auvergne, a rural and largely unheralded region in the Massif Central. The landscape here is particularly mountainous and stunningly beautiful, with volcanic craters, lakes and rivers dotting the landscape, and a number of small ski resorts and old-fashioned spa towns with thermal baths-the area is home to Vichy, Volvic and Chateldon among other natural spring waters. With due research, wonderful farmhouses can still be found here for very reasonable prices. In the Cantal département a four-bedroom farmhouse with a barn and more than half an acre of land is being offered for $300,000.

To the west is the region of Limousin, another area that offers excellent value for money. The least-populated region of mainland France, with fewer inhabitants than the city of Marseille, Limousin enjoys large expanses of rolling countryside punctuated by many great lakes and rivers, including the Dordogne. The average resale house price in the département of Corrèze, which borders the highly populated Dordogne, is just $175,000, making it a very good prospect for house hunters priced out of its more famous neighbor (which is so popular with British buyers that it’s sometimes called Dordogne-shire). The verdant and pastoral Corrèze is also the family home of former French president Jacques Chirac.

A move eastward will take you to Burgundy, another of France’s rural inland regions and the site of some of the country’s most spectacular scenery-and inexpensive housing-along with some of the world’s best wines. The landscape is rich and varied, from the hilly forests of the Côte d’Or to the vineyard-covered slopes bordering the River Nièvre where the famous white wine Pouilly Fumé is produced. The downside is that winters here tend to be extremely cold and damp, but the beauty of spring, summer and fall compensates. A three-bedroom town house in Vermenton, between the attractive tourist towns of Auxerre and Avallon, is currently on the market for just $63,000-complete with wine cellar.

Another famous wine area with bargain property prices is the Minervois, in the Languedoc region of southern France. Dotted with wonderful stone villages, the area has a huge appeal for foreign property buyers, even more so because it traditionally benefits from some 300 days of sunshine a year. The region also boasts a fascinating history, as the setting for many tales of the Cathar, or Albigensian, crusades. It’s also a stone’s throw from Carcassonne, one of France’s most famous medieval cities, and one of the few anywhere with its walls-a double set-completely intact. Here a typical Minervois village house, built from ancient sunbaked stone, beautifully restored and offering first class family accommodation, can be picked up for about $300,000.

Despite their geographical and characteristic differences all of these properties share one thing in common, according to Mason, and that is the time scale in which they are being sold. “One of the interesting effects of the credit crunch is that the pressure to make quick decisions on a property purchase has, in most cases, disappeared. Certainly at this time of year a serious buyer should have a good selection of properties to choose from, should be able to negotiate an interesting price and will not have to rush into a decision.”