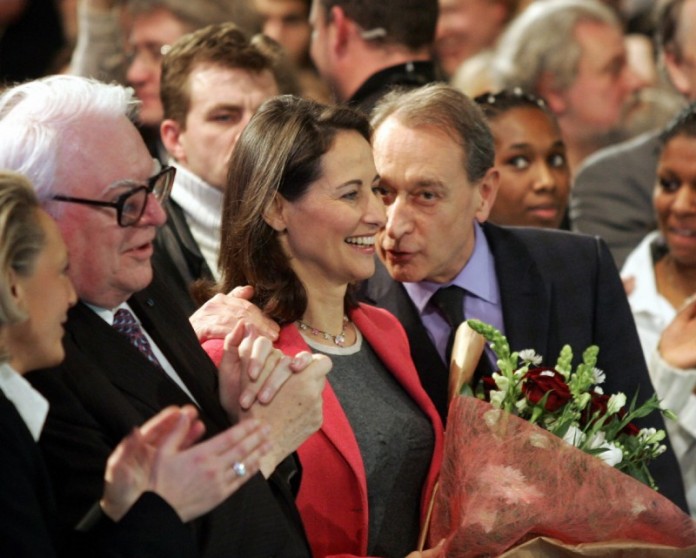 France’s enthusiasm for the Obama-Clinton race has not distracted the Socialist Party from its own bruising battle. The fight sounds almost American, in fact, both by being internecine with many players and nuances, and by sliding into name-calling. The name is “libéral,” a fighting word that’s just as nasty for the French Left as when hurled by the American Right.

In the political lexicon, libéral is one of those “faux amis” your French teacher warned you about. A French libéral is someone who favors a market economy over a controlled one, who favors a competitive business climate rather than higher taxes. That is not part of the traditional Socialist ideology, which identifies libéralisme with vulturish capitalism.  In America the tables would be turned-while Republicans would qualify as libéral while looking for a way to change the nametag, a Democrat would try to change the subject.

And so when Paris Mayor Bertrand Delanoë, the most successful Socialist politician of the moment, called himself a libéral, his leading competitor for party primacy latched onto the epithet with vigorous disdain. Ségolène Royal, defeated by Nicolas Sarkozy for president, is as determined as Hillary Rodham Clinton to win any race she enters. Madame Royal’s future lies uncertainly ahead, just like Mrs. Clinton’s. But Madame Royal’s certainly includes another shot at the presidency.

Already declared in the 2012 contest for the Elysée, she can run on her experience-her losing campaign last year, her former seat in the National Assembly or her former ministerial posts. Or she can point to her current presidency of a provincial region, Poitou-Charentes in west-central France.

That’s a lot of “former,” and a “present” that’s fairly distant from Point Zero on the parvis in front of Notre Dame-the point from which all distances in France are measured.

But there’s another election in November in Reims, and once again Royal is in it to win it. That is when the Socialist Party will choose its next chairman, a job that would give her daily national exposure as well as allow her to reward allies and fend off opponents as she gets ready to take on Sarkozy in 2012.

So while libéral name calling holds a certain ironic appeal for an American observer, the declarations should not be dismissed as mere political squabbling. Underneath the dispute lies the serious issue of which direction the Socialist Party direction will take. Will it hold steadfastly to its hard-core Leftist charter, or move toward the vote-getting center?

Delanoë’s carefully tempered statement suggests that he has already tilted to the center. Royal’s swift putdown suggests that she has not. Like her record and her rhetoric, Royal remains an old line Socialist. In her presidential campaign she talked about breaking with the past but apparently she only meant getting the Center Right out of the Elysée, rather than addressing France’s substantial economic problems-high unemployment, high taxes, capital flight.

Delanoë started the name calling, branding himself as both “socialiste et libéral“. Royal leapt at his remark as the closest thing to ammunition that she has been able to muster against the popular Parisian mayor. The two ideas are “totally incompatible”, she said.

(Delanoë has not responded, but other Socialist leaders who do not like Royal have pointed out with delight that in the past she has used the term about herself.)

And though Delanoë has not declared himself a candidate for the party chairmanship, nor for president four years from now, he outpolls Royal on general popularity and on the important question of unifying the Socialist party. Reconstructing the party is perhaps the biggest challenge for the future party chairman, and the polls suggest that Delanoë holds a popular edge. Polls come and go, measuring only wind gusts. But they do feed headlines and fuel politicians’ anxieties.

Royal’s anti-libéral rejoinder indicates her serious anxiety about Delanoë. Although he has not officially entered the November contest, Le Monde lists him as one of the strongest contenders among 14 possible candidates. Others include party “elephants” like Dominique Strauss-Kahn, now head of the International Monetary Fund; Jack Lang, an older fellow who has won many contests and held many offices; Laurent Fabius, a former prime minister who describes himself as a wise and active old man; and Martine Aubry, another party stalwart who as Labor Minister gave France the cursed 35-hour week.

And there’s a gallery of younger aspirants too, some of them merely ambitious and some of them potential elephants.

While Delanoë hasn’t moved beyond coyness about running for chairman, he has been transparent in positioning himself to take on Sarkozy in 2012 -and to challenge Royal for the Socialist nomination. Notwithstanding the 17 million votes Royal got in last year’s race for the Elysée, Delanoë is the most successful recent vote getter, the headliner in the anti-Sarkozy groundswell in this spring’s municipal elections. And Delanoë’s job as mayor of Paris definitely gives him more international prominence than Royal’s in Poitiers.

He thus offers clearly prized qualities: a record of victory and a break with the past.

The past has not been friendly to the Socialists. The party was battered by the failures of its presidential candidates (Royal last year, Jospin in 2002); by scandals from the Mitterrand era; and by ineffective hand-wringing over the tide of globalization. Socialist leaders have continued to promise l’état provident, even as job creation faltered and deficit spending mounted.

Can France afford another avowedly anti-libéral president? Even an electorate that regularly confirms its addiction to entitlements through disruptive strikes was perceptive enough to choose Sarkozy’s edgy promises of rupture over Royal’s smiling assurance that the good life could last forever.

France has a long tradition of planned-economy dirigisme and the Left is emphatically dirigiste, from the cockscomb of its mascot rooster to its longest tail feathers.  The idea of being liberally business-friendly has usually made any French Socialist shout “cock-a-doodle-don’t“.

Any Socialist tilt toward the center would confirm the spread of economic realism across the political arena. The Socialists have mostly swung a collective broom at the “Third Way” tide that restored the Left to power elsewhere. America’s Democrats turned business friendly, and Labor in the UK and the Social Democrats in Germany traded handout socialism for economic growth. But France’s Socialists clung desperately to the concept of “l’état s’en occupe”– the state as cradle-to-grave provider. That has proved to be a costly position for the party.

In talking about Delanoë’s political future no one talks about his homosexuality. The French Left might be ready to nominate a libéral, but is France ready to vote for a gay man as president? A totally unscientific survey of neighbors has them saying uniformly “pourquoi pas?“

The problem point they raise about Delanoë is not sexual preference, but postal code. Though born in Tunis and raised in the Aveyron, in south central France, Delanoë’s political identity is Parisian. Every French president since De Gaulle, and many before him, have had their origins in la France profonde and have kept their constituencies there. So maybe in an era of firsts, the question isn’t about the first gay president but the first Parisian.

In fact, in looking ahead to 2012 and to the race that Ségolène Royal and Bertrand Delanoë want to run against Nicolas Sarkozy, the big bets are still on le petit Nicolas. His popularity faltered precipitously as  his rambunctious private life played out so publicly but of late-most important to French manners and customs-he seems to have learned his lesson.