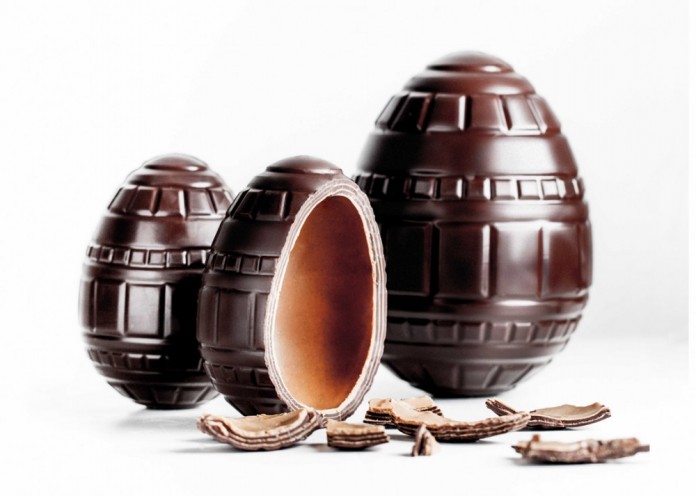 [Editor’s note: ‘Tis the season. The dazzling vitrines of France’s chocolatiers are a sign that Easter is right around the corner. Almost too pretty to eat, the carved creations– chocolate fish, chickens, eggs– are filled with even more delightful bonbons. Here we revisit some of the traditions that define the holiday in France.]

Easter is a holiday that is celebrated just as enthusiastically in France as it is in America, although traditions do differ. One of the best French Easter traditions is that of the Cloche Volant, or flying bell. On Holy Thursday, all the church bells in France are silenced. As legend has it, the bells fly to Rome to see the Pope. On Easter morning, it is said that the bells return from Rome just in time to ring out and joyously declare that Jesus has risen again.

Much like the American Easter Bunny, the main symbol of the Easter season in France is the fish. [The Poisson d’Avril, or April Fish, is another fun tradition, though unrelated. For an April Fool’s Day joke, children play at sticking as many paper fish onto the backs of ignorant adults as possible, and then run away screaming “Poisson d’Avril!”] Chocolate fish start swimming into stores as early as a month prior to Easter, joined by chocolate hens, winged bells, and a beautiful variety of friandises. The first chocolate eggs were made in France and Germany in the nineteenth century.