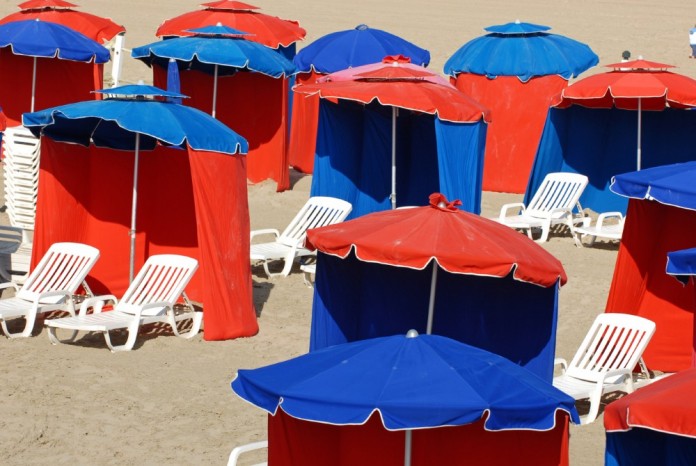 It’s that time of year again, when Hollywood A-listers descend on Deauville’s famous beach promenade for the American Film Festival. In its 39th year, the festival shines the spotlight on American productions; not just blockbuster movies but also independent films, shorts and documentaries. Opening the festival on Friday evening, Michael Douglas and Steven Soderbergh received a standing ovation before the screening of Behind the Candelabra. As quoted in the Hollywood Reporter, Douglas said, “A lot of people don’t understand the connection that American and French cinema have. They were born almost literally in the same year. They came up together and grew up together. And that is why I like to come to Deauville, to be part of that fraternity.”

Cate Blanchett was honored with a career tribute on Saturday, prior to the premiere of Woody Allen’s Blue Jasmine, in which she stars. Other celebrities lighting up the red carpet this week? John Travolta, Forest Whitaker, Jamie Foxx, and Channing Tatum. Actor Vincent Lindon presides over the jury, which will bestow the Grand Prix on September 7. Past winners include Crash (2005) and Beasts of the Southern Wild (2012).

For a look back at some of the festival’s best moments since its launch in 1974, check out Vanity Fair France’s photo gallery. And if you’re heading to the fashionable seaside resort for some r&r in Coco Chanel’s old stomping grounds, don’t miss an aperitif (preferably made with local Normandy Calvados) at the Royal Barrière overlooking the sea.