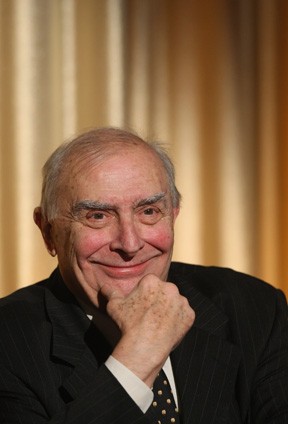 Director, screenwriter, producer, critic and bon vivant Claude Chabrol, one of the ringleaders of French cinema’s New Wave, died Sunday September 12, at the age of 80. Like his cohorts François Truffaut, Jean-Luc Godard, Jacques Rivette and Eric Rohmer, Chabrol launched his career writing for the magazine Cahiers du Cinema, notably co-authoring with Truffaut a seminal study of Alfred Hitchcock. He was the first of the group to succeed with his own film, Le Beau Serge in 1958, thanks to a family inheritance that allowed him to produce it himself, and he followed that with nearly 60 films during his long career.

A great admirer of Hitchcock, Chabrol was known as a master of intellectual and ironic dark mystery tales, most often in provincial and bourgeois settings in France, but his eclectic output also included comedy, psychological drama and fictional versions of real-life faits divers. Many of his earlier films starred actress Stéphane Audran, his wife from 1964 to 1980, and he worked regularly with a cast of favorite players, especially multiple-award-winning actress Isabelle Huppert.

Chabrol was also well-known for his love of good food and wine—according to journalist Philippe Bouvard, he even claimed that he planned shooting locations based on where he could enjoy the best restaurants.

His last movie, Bellamy, a detective story set in Nîmes and starring Gerard Depardieu and Clovis Cornillac, was released in 2009. Chabrol is the third major French filmmaker to die this year, after Rohmer in January and Alain Corneau in August.