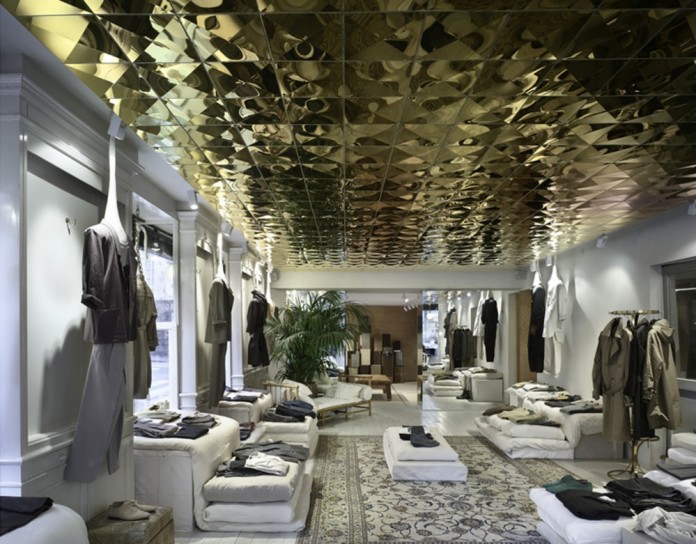 Entering the Christophe Lemaire boutique on rue de Poitou feels a bit like blundering into someone’s private boudoir. With its oriental rugs, gilded ceiling and sofas strewn with plush pillows, the beautiful room seems much too calm and lavish to be a shop. But it’s a perfect showcase for Lemaire’s austerely sophisticated collections of men’s and women’s ready-to-wear. Lemaire has built his reputation on a lofty stylishness, based on quality fabrics and a (deceptively) simple elegance. He designs, he says, for women who are more interested in pleasing themselves than slavishly following the whims of the fashion press. “I’ve always been interested in simplicity and timeless style more than fashion,” says Lemaire, and that’s probably why in 2010 Hermès chose him as its new creative director, plucking him from Lacoste, where he had single-handedly brought the active sportswear line to fashion relevance. Lemaire’s own-label designs, mostly separates in neutral earth tones, may be an investment, but well worth it for their staying power. A perfectly proportioned silvery green silk-and-gabardine jacket with matching straight-leg trousers, or a sleek collarless coat in pale golden linen with a loosely worn leather belt are the kind of classics that will stand out in a crowd year after year.