Home Archives My Life in Provence: Aquae Sextia vs Massalia 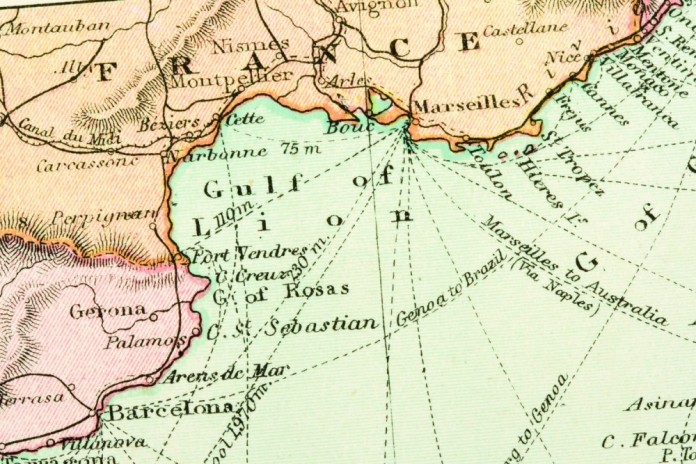 One of the favourite pastimes of the Aixois, whether they’re true locals or not, is fervently discussing the town’s many qualities. They cite the climate, culture and architecture; rave about the shopping and countryside; and compare notes on their favourite Luberon village, Mediterranean beach, local wine and restaurant. When we first moved here, I’d often enthusiastically add how wonderful it was to have Marseille on our doorstep – I don’t do that anymore…

The Aix-Marseille rivalry goes back a mere two millennia. Massalia, as Marseille was then called, existed as a thriving Greek port and commercial centre for over four centuries before Aix-en-Provence was founded. When a tribe of Gauls named the Salyens started attacking Marseille, the Greeks called their allies in Rome for help. Roman consul Gaius Sextius Calvinus and his army conquered the Salyens in 123BC. He also found a warm-water spring in a soft valley that would make a good place for a settlement – Aquae Sextia (Sextius’ Springs) would become the city we now call Aix-en-Provence.

The origins of Greek Marseille and Roman Aix seem to have influenced the two cities ever since. Marseille’s character is that of a Mediterranean port, one filled with savvy successors of the fractious Greek merchants. It’s a working city, shut off from the rest of Provence by a ring of hills but connected to the entire Mediterranean basin via the ships that use its harbour every day. Italians, North Africans, Armenians and Chinese all leave their mark, giving the city its cosmopolitan and gritty charm. While an ancient Athenian wouldn’t know what to make of the dazzling modernist architecture of the newly-opened MuCEM (Museum of the Civilisations of Europe and the Mediterranean), he’d feel at home among the buzz of dozens of languages that can be heard in the time it takes you to drink a petit café on a terrace in the Vieux Port.

Aix-en-Provence, meanwhile, is the living embodiment of the ancient Roman obsession with conspicuous luxury. In 1481 the city lost the political power it had long enjoyed as Provence’s medieval capital, but continued to thrive as a haven for wealthy aristocrats. Although the university gave the city academic standing, the need to demonstrate wealth assured that its architecture and cultural life flourished. During the Revolution, Aix remained monarchist, and angry mobs from Marseille made the short trip north to settle old scores and wreak havoc among the wealthy. Today, Aix remains an architectural landmark filled with elegant hôtels particuliers, impressive squares and fountains, and famous cultural venues like the Pavillion Noir and Grand Théâtre de Provence.

The Aixois still look down their noses at their scruffy southern neighbour, while the Marseillais cannot help but be dismissive of their northern patrician cousins. But for those who can see beyond the rivalry, the synergy is pure magic. I can spend a morning enjoying coffee and calissons on Aix’s elegant, plane tree-lined Cours Mirabeau and, after a 20-minute train ride, arrive in a Mediterranean metropolis. There I can wander to the hip cafés of the Cours Julien, take a detour into the North African Noailles quartier, then head down to the Vieux Port and stand on the spot where Greek colonists landed 2,600 years ago.

Greek or Roman? Bustling crowds or elegant mansions? They can fight all day over which is better as far as I’m concerned. In the meantime, I can have both.