Home Archives Provence: A Place in the Sun 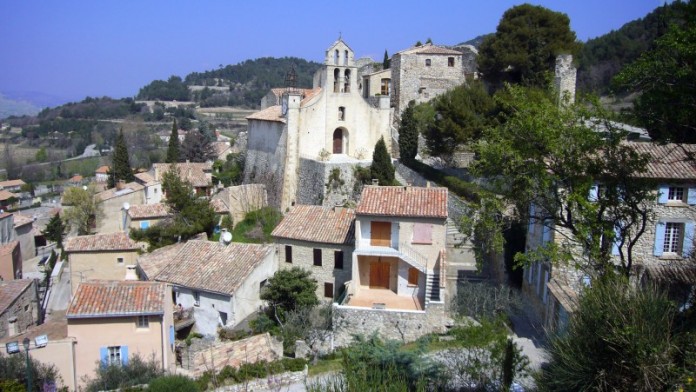 In the midst of a run of bad news including a deepening global recession and the threat of a flu pandemic there is a glimmer of light for those seeking solace in the sun: never has there been a better time to househunt in the south of France.

Price tags for properties in Provence have escalated sharply over the last two decades as demand has steadily grown for authentic stone villas set in idyllic countryside. Lyrical books about the region, and better transport links, led to an influx of foreign buyers, which naturally pushed prices up. But today’s fragile housing market is forcing vendors to look more objectively at the value of their homes, resulting in more reasonable asking prices.

Real estate expert Elayne Murphy, who works for Riviera Home Finders International, says: “Now is a great time to buy in Provence because, while this part of France hasn’t really seen the bad effects of the credit crunch, vendors are beginning to realize the knock-on effect that it may have, and are beginning to be more realistic about pricing their houses. They may not be open to ‘silly’ offers, but they are certainly considering offers below their asking price. Ninety percent of my vendors are saying that they won’t drop the asking price but are definitely open to offers. That wouldn’t have happened a year ago. So there has been a change. People aren’t out to make a killing.”

The average profile of her buyers is also shifting, Murphy adds. “While at one time the English were certainly the top buyers in this area, of late there has been a serious influx of Belgian, Scandinavian and Dutch buyers, and even the return of some American buyers, so vendors are finding that the market is still fairly buoyant here. I can certainly confirm that we are having as many visits, if not more, as we did this time last year. In my opinion, if you want to take advantage of what Provence has to offer—hurry!”

Provence is one of the 22 administrative regions of France, encompassing six different départements and a multitude of contrasting landscapes and lifestyles. The region is delineated by some 5,600 miles of Mediterranean coastline on the south, 6,700 acres of snowy mountains and Alpine forests to the north, and in between, huge expanses of rolling vineyards, olive groves and the ancient hilltop villages that make up the core of Provence.

According to Murphy, the area to focus on for real bargains is in the villages surrounding the majestic hump-backed mountain Mont Ventoux, in the Haut Vaucluse area. “Prices here are much more reasonable than in the Luberon, just to the south. Vendors in the Ventoux villages are much more willing to negotiate and you can pick up an old stone property from around €200,000 to €600,000. Generally you can find a large property with land here for a more reasonable price than elsewhere.”

Part of the Vaucluse département, the Haut Vaucluse stretches east from the river Rhône near the historic town of Orange to the spiky hills called the Dentelles de Montmirail south of Vaison-la-Romaine. Often compared to Napa Valley, the Haut Vaucluse boasts some of the most stunning scenery in the country coupled with great food and the excellent wines of the famous southern Côtes du Rhône vineyards, among them Châteauneuf-du-Pape, Côtes de Ventoux, Gigondas, Beaumes de Venise, Cairanne, Rasteau and Seguret.

The region’s history is as rich as its wines. True to its name, Vaison-la-Romaine offers the most extensive Roman ruins found in France, as well as a medieval Old Town still largely intact within its 14th-century walls. The magnificent wall of the Roman theater in Orange, site of the city’s annual music festival, was described by Louis XIV as “the most beautiful wall in the realm”.

In the 13th century, a large section of the area was ceded to the Pope—known as the Comtat Venaissin, it remained part of the Papal States until after the French Revolution. And in another quirk of history, the tiny principality of Orange, enclosed within the Comtat Venaissin, was independent and ruled by a succession of Germanic noble families from the 12th century until its incorporation into France in 1713.

“It is still possible to find old farmhouses to be renovated in villages around Nyons, Sault, Vaison-la-Romaine and Forcalquier,” says Murphy. “Inexpensive town or village houses can be found in most villages that are just as pretty as the Luberon villages but don’t have that Luberon cachet—villages like Vacqueyras and Malaucène.”

For example, a beautifully restored house in the village of Bedoin (which has its own AOC wine) is currently on the market for €160,000—the 90 square-meter (970-square-foot) property has two spacious bedrooms, a roof terrace and a comfortable living area. In nearby Vaison-la-Romaine, a four-bedroom house with a view of the old town’s medieval château is being sold for €195,000.

“Properties like this make an ideal rental investment, and that is what many of our foreign clients are looking for. They want to put their money into something concrete that will give a good return, and property in this area will always rent well,” says Murphy.

While most of the villages around Mont Ventoux are unspoiled, they are all also within an easy drive of Avignon (see story page TK), a sizeable city with its own very rich history, only two and a half hours from Paris by TGV high-speed train. Avignon also has its own airport, which is about to undergo an expansion to absorb extra international traffic.

Another Provençal sector that represents great value for money, and also offers excellent buy-to-rent opportunities, is Marseille. France’s second-largest city (a distinction also claimed by Lyon) and capital of the Provence-Alpes-Côte d’Azur region, Marseille is home to some 1.23 million people and has not always enjoyed the rosiest of reputations. But a huge regeneration program—to the tune of around €3.5 billion has transformed the historic Mediterranean port into a prosperous and vibrant city which has become increasingly attractive to people looking for second homes or property investments.

Over recent years Marseille has become an important regional centre for culture and entertainment, with an opera house, several museums and galleries and scores of top-notch restaurants, bars and cafes. As a result demand for property is high, making it relatively expensive. Figures from FNAIM—the professional association of French estate agents in the country—show that property in Marseille costs €3,035 per square meter, making it comparable to Lyon, Toulon and Toulouse. And a report from World of Property revealed that city center property developments costing between €154,000 and €250,000 were “being sold as quickly as they are emerging”.

But with a large student population, and increasing numbers of foreign companies moving into the area, Marseille has a thriving buy-to-rent and rental sector–there are tax advantages in buying to rent, and a good return on investment is almost guaranteed.

With its gleaming new boutiques, an entry in the chic Louis Vuitton City Guide series, and a Michelin three-star restaurant, Le Petit Nice, there’s talk of a “new” Marseille. “Marseille has changed,” says Isabelle Viatte, who opened a Marseille office last autumn for Emile Garcin, a French real estate firm that deals exclusively in top-of-the-line properties. “It has a new, more seductive identity and there are now many people who are interested in living here. The demand for properties between €2 million and €5 million is so strong that I can’t find enough luxury homes with sea views, gardens or terraces to satisfy it.”

Originally published in the June 2009 issue of France Today.