Mention the Pyrénées to most international skiers, and their mental check list will look something like this; cheap Spanish ski resorts; lack of challenging slopes; bargain basement skiing; first-time skiers; only for those on a very tight budget. Ask them to name a couple of ski resorts in the French Pyrénées and their brows furrow as they try to remember whether Andorra qualifies, and then draw a complete blank. This really is a region genuinely undiscovered by the majority of overseas skiers. Which is a shame because the French Pyrénées offer some challenging and exciting skiing to rival the best of the Alpine stations, in resorts which are, more often than not, authentic French villages, full of local skiers rather than the all-tourist crowds to be found in many Alpine resorts.

The Pyrénées suffer from a reputation for lack of snow but this derives more from the Spanish resorts than the French. In fact the Pyrénées receive more snow than the Alps, albeit with slightly milder winters and, because the French resorts are on the north side of the range, the snow is much more reliable than for the Spanish resorts on the southern side. Moreover, the last five years have seen fantastic snow conditions in the French Pyrénées, often at times when the Alpine resorts have been relying on the artificial stuff. 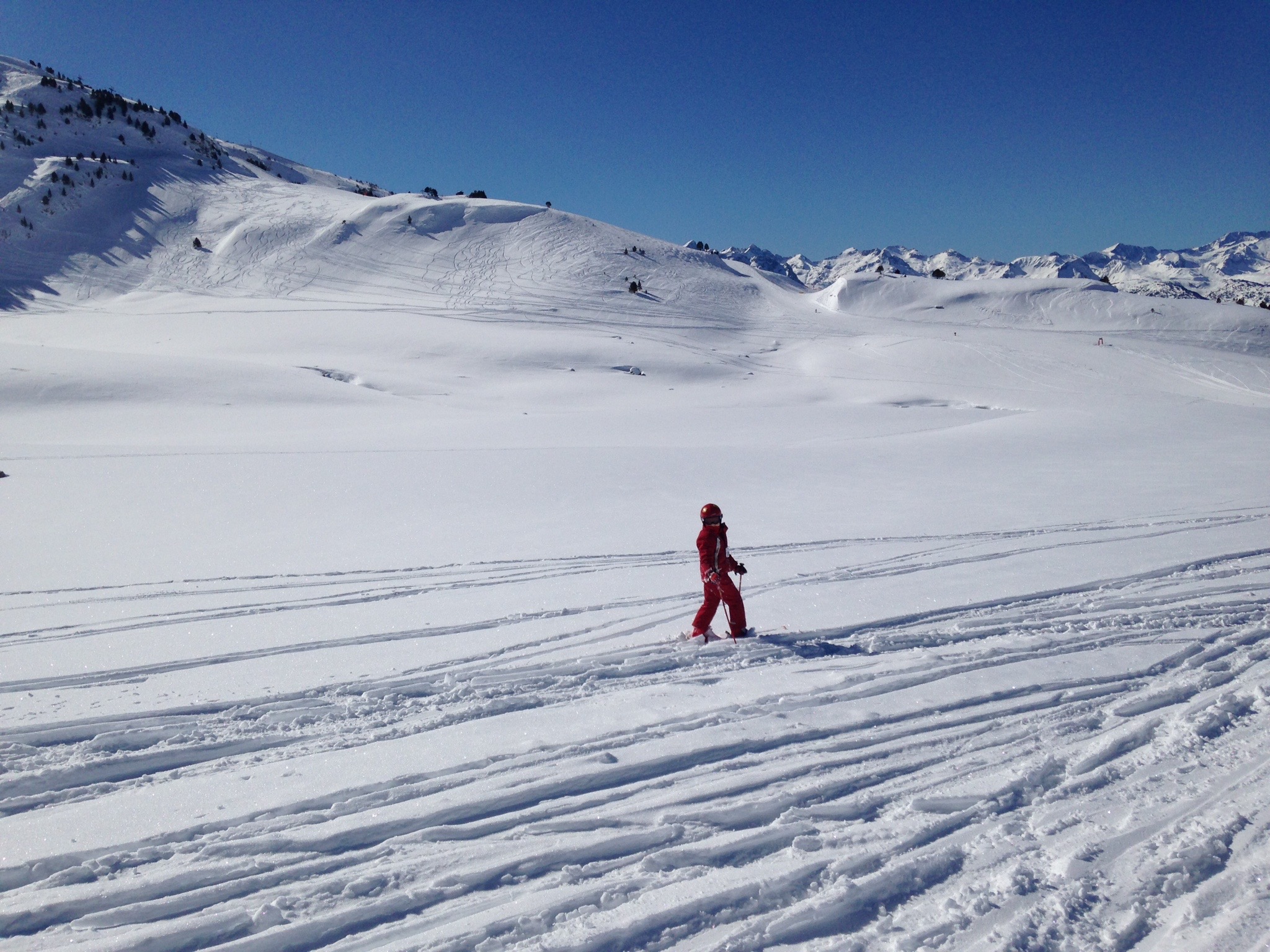 The largest and most snow-sure resorts in the Pyrénées are concentrated in the middle of the range in a relatively small area, away from the wetter Atlantic coast and the sunnier Mediterranean coast. Most of the resorts are smaller than those in the Alps but many now link in with neighbouring towns to give extensive ski areas, while retaining a quieter, more friendly feel. It is this relaxed atmosphere which attracts great loyalty amongst the international skiers to be found here, although I have found that the majority of the British skiers I meet on the slopes are actually now locals themselves. They tend to live or have second homes in the region, and they are also very reluctant to let anyone in on their skiing secret, which is why most of us have yet to discover these resorts.

Of course, the ski resorts of the French Pyrénées are not a secret to everyone. The French have been skiing these mountains since the 1930s and nowadays there are 38 resorts catering for all levels of ability and all interests, from downhill skiing to snowshoeing and dog sledding. The last decade has also seen massive investment in the resorts, resulting in better access and faster lifts, many more snow-making machines and better infrastructure. 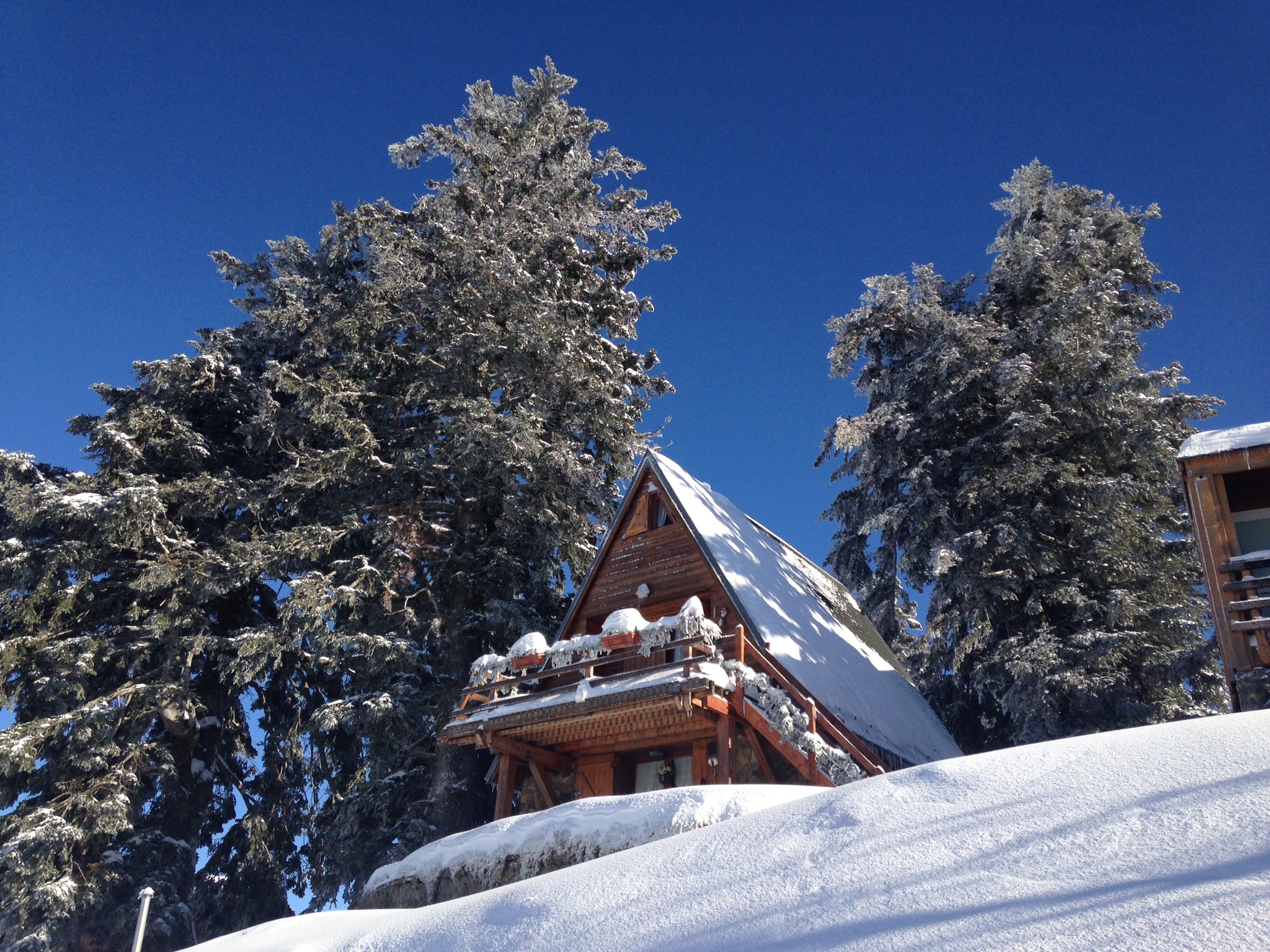 Surprisingly, however, prices in the Pyrénées have not risen with these improvements and one of the major advantages of holidaying here is that it is still relatively affordable, most notably, when it comes to ski passes, food and accommodation. Whereas eating lunch on the slopes in the likes of Val d’Isère or Méribel will cost you at least double the price of the average plat du jour in France, eating on the slopes in the Pyrénées will not cost you much more than eating anywhere else in the region. Maybe it is the fact that, in the mountain villages of the Pyrénées, the restaurants and shops are mostly small family run enterprises whose primary aim is simply to make a living. This is not an area of commercial savvy and most small businesses have been here for generations. They also tend to operate year-round as part of the local community, as they have for centuries, as opposed to fleecing the tourists as much as possible during the few short months of the winter season. It is the same story with lift passes which are around half the price of those in the Alps. 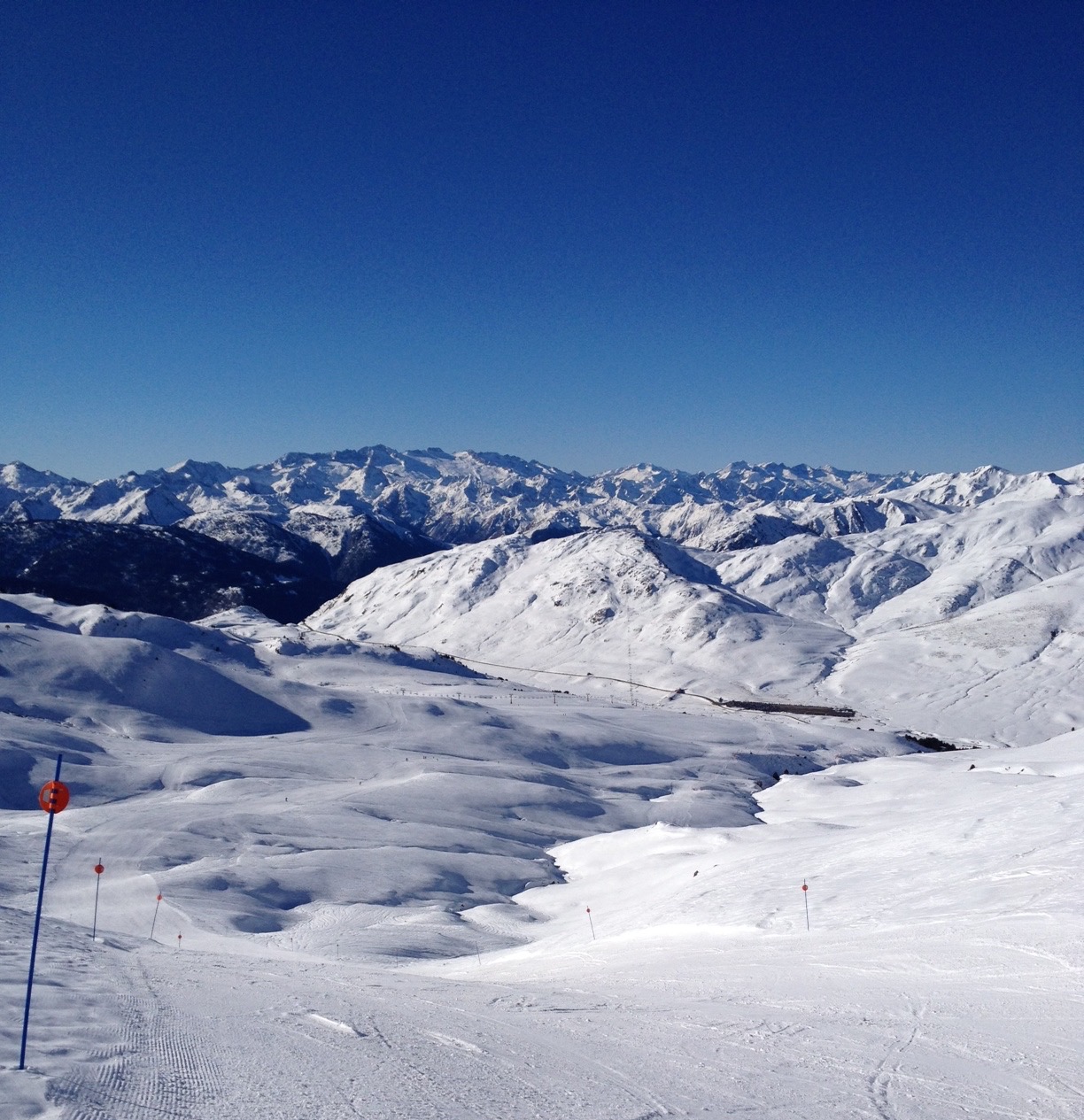 Needless to say the best time of day to be on the slopes in the Pyrénées is from midday to 2pm. No self-respecting French person would dream of skiing on an empty stomach and the restaurants fill up at midday with an impressive punctuality that just does not seem to exist in any other part of French life. This is of course fantastic for the foreign skier who is happy to stoke the boilers with croissant and achocolat chaud at eleven o’clock so that they can have the slopes to themselves for two hours while everyone else is flocking to the restaurants and bars.

The largest ski domain in the Pyrénées is Barèges which links into the neighbouring (less pretty) resort of La Mongie. Barèges was one of the original ski resorts of the Pyrénées, although it is probably better known on the world wide stage for being on the route of the Tour de France. Barèges is the real thing; a 14th Century French village nestled in dramatic mountain scenery with a large ski area on its doorstep, linking into the wide-open, sunny pistes of La Mongie, its higher, purpose-built neighbour. It is also a spa resort and many skiers swear by the restorative waters after a hard day of skiing. Napoleon apparently sent his wounded soldiers here so that they could benefit from the curative properties of the thermal spring water. Barèges has 100km of pistes and 69 runs including 23 green, 19 blue, 21 red and 6 black, all in the shadow of the magnificent Pic du Midi, the Pyrénéan answer to the Matterhorn. In the past, the cable car ride to the summit of the Pic du Midi was only open to visitors to the observatory but nowadays, hardened skiers can take the ‘vaisseau des etoiles’ (star ship) to 2877 metres and launch themselves down a descent of 1000 metres to La Mongie. This offers a skiing experience to rival the Vallée Blanche in Chamonix and although not as high or as long a descent, it is technically more difficult – a challenge for even the most experienced skier.

One of the highest resorts in the Pyrénées is Superbagnères, skiable to 2260 metres. It is part of the better known thermal spa town of Bagnères de Luchon and forms a natural, sunny balcony, with spectacular views over the Pyrénéan range. Superbagnères was built in France’s Belle Époque, when the crowned heads of Europe went from seaside palaces to spa, to ski resort, so the architecture is suitably opulent, dominated by the famous Grand Hotel. The ski area encompasses 28 ski slopes, 138 snow canons and cross-country tracks and, even better, from the centre of Bagnères de Luchon it’s only 8 minutes to the slopes via the télécabine in the centre of the town. Aprés-ski there is plenty of nightlife, including a cinema, bars, night club, a casino, and the famous thermal baths and spa making this the premier resort for wealthy Toulousains escaping for the weekend. Next door to Superbagnères, just 15 minutes drive from Luchon (there is a shuttle bus from town), is the popular resort of Peyragudes with 50km of pistes from 2400m down to 1600m. Intermediates and families are well catered for with wide runs, principally red and blue, whilst the open nature of the terrain means that off-piste opportunities abound and skiers and boarders can make the most of the snow park. Although many international skiers will be unfamiliar with the ski area, some may recognise it as the setting for the opening of the James Bond film ‘Tomorrow Never Dies’. 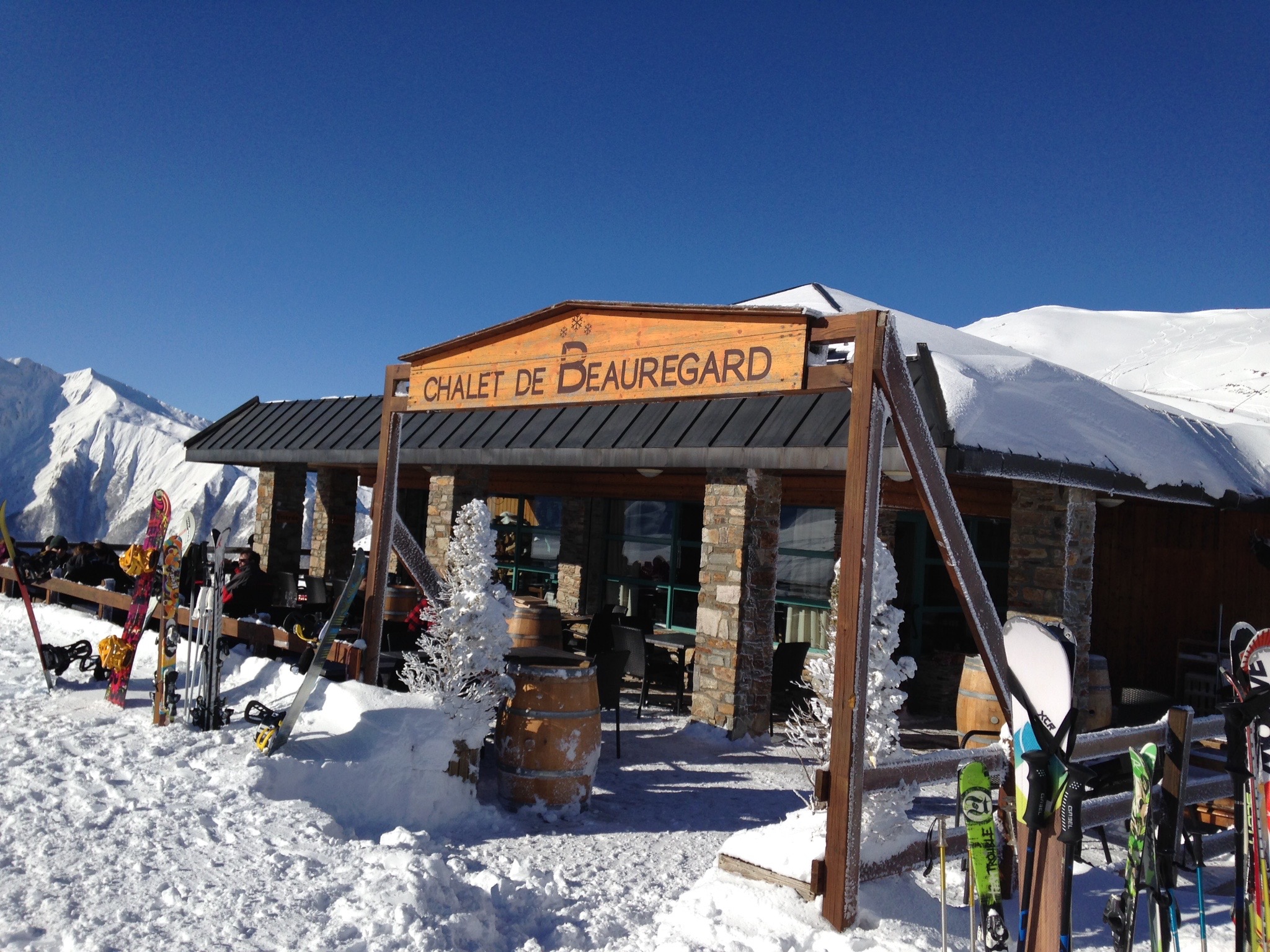 Guzet Neige, just 140 km from Toulouse is also popular as a weekend getaway from the city. Guzet is a purpose built ski resort, first developed in 1959. Unusually, however, for a modern French ski development, it is known for being one of the prettiest places to ski in the Pyrénées. This is mainly thanks to planning restrictions, which insist that the architecture must be designed to blend in with the surrounding landscape. Subsequently the majority of the buildings are small, one or two bedroom wooden chalets, rather like beach huts in appearance but which nonetheless have a certain charm and character. The resort is situated at the heart of a pine forest and many of the 31 pistes wind through the trees. With 40 km of runs, there is a wide enough range of skiing here for Guzet to have earned the reputation as the family resort of the Pyrénées.

Further East is another collection of ski resorts, huddling along the valley from Toulouse to Andorra. Just 125 km from Toulouse, the largest of these is Ax-Les-Thermes, the third biggest ski area in the Pyrénées. Situated in the Ariège valley, this is the last major town before Andorra and Spain and is made up of three linking but separate resorts, together providing 75 km of skiing from 1400 metres up to 2400 metres. And for cross-country skiers, in this same region you will find Plateau de Beille, the largest cross-country ski resort in the Pyrénées situated on a large, sunny plateau at 1800-2000 metres and with an excellent snow record. La Beille is also very popular with the French for its walking trails and circuits for raquettes (snow shoes) which is the fastest growing winter sport in France. 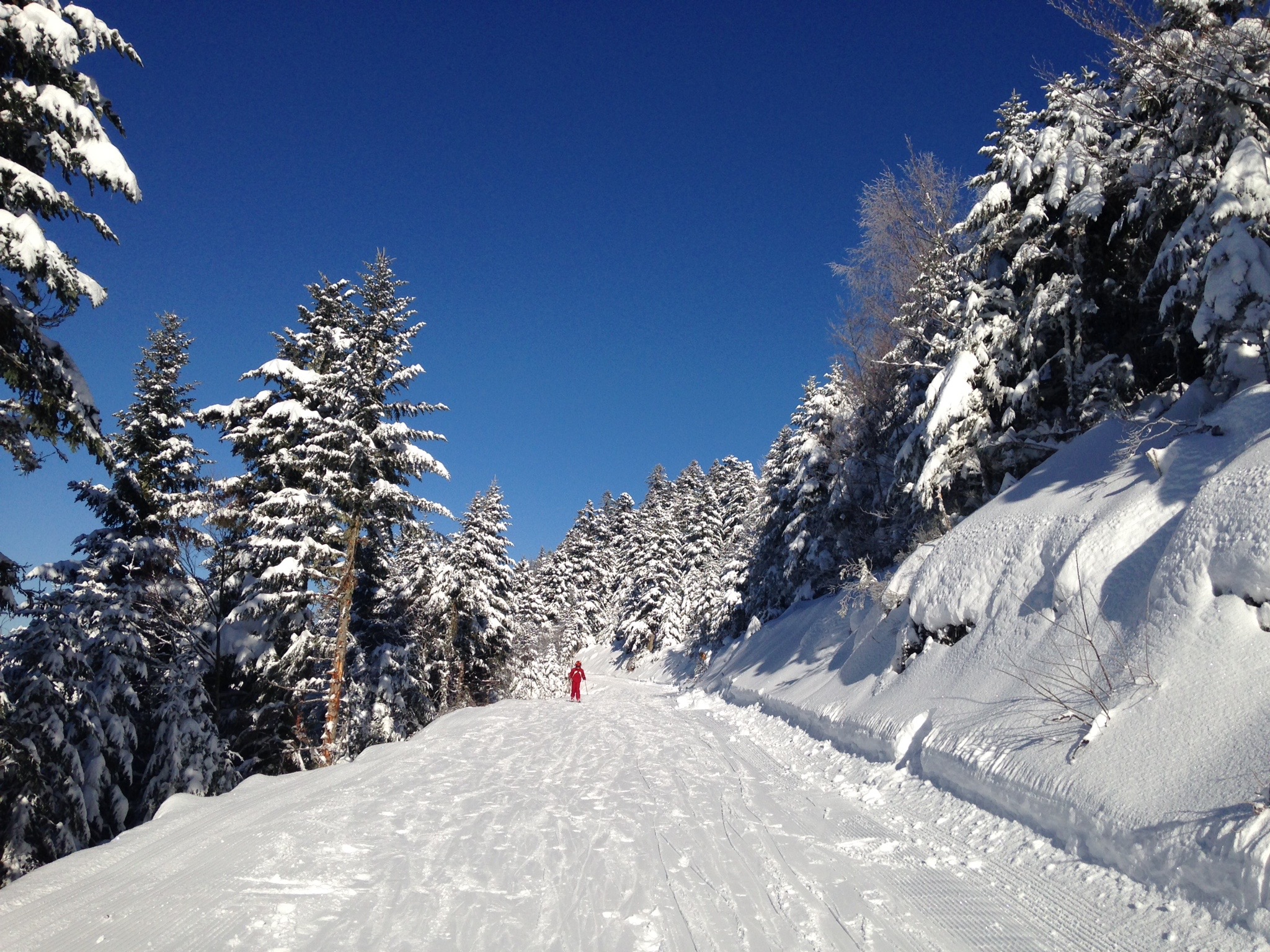 For those looking to ski in the sun, Font Romeu, at the Mediterranean end of the Pyrénées, has the highest amount of sunshine of any French ski resort. It is also able to guarantee snow on at least 40 of the pistes thanks to 500 snow canons, making it the biggest ski area covered by artificial snow in Europe. The slopes rise to a height of 2204 metres with fantastic views over to Spain and the skiing area is perfect for beginners, intermediates and families. The resort also has an extensive cross-country ski area with over 80 kilometers of signposted trails.

There is no doubt that the Pyrénées cannot match the Alps for height or range of mountain terrain. That said, there is some fantastic skiing to rival the best of the Alpine resorts without the disadvantages of the crowds and the elevated prices. This is skiing on a smaller, friendlier scale, where the views and the overall experience of being in the mountains matter as much as the length of runs and extent of the resort. Here it is less about racing from one part of the mountain to another and more about enjoying every moment of each descent and the warmth of the welcome with, rarely another English-speaking voice to be heard.

Nadia Jordan runs Foothills of France and is a licensed property finder in the Midi-Pyrénées: www.foothillsoffrance.com 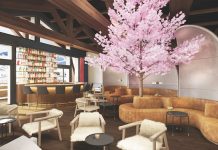 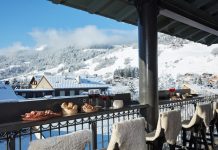