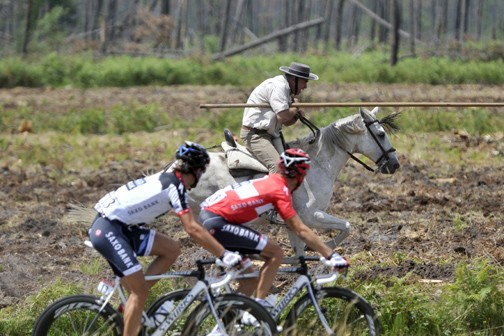 Plagued by accidents in its early days, the 2010 Tour finished on an uneventful note, enlivened during Friday’s 18th stage in southwest France by an amateur fan who raced fiercely alongside the peloton, on horseback, carrying a lance. Unfazed, Cavendish took first place in that stage too.