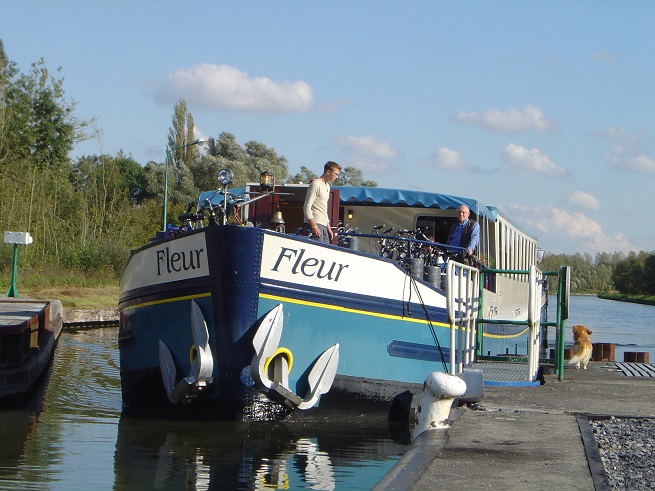 When cycling through the wonderful forests of Fontainebleau, approximately 37 miles southeast of Paris, you will pass by the artistic village of Barbizon. Since the first half of the 19th century a lot of famous – and less famous – painters have found their inspiration in this area. After a visit of the local museum the bike tour continues through the gardens of the châteaux, or palace of Fontainebleau. This medieval royal residence and hunting lodge was very much in favor among French kings, such as Louis VII and Napoleon III. 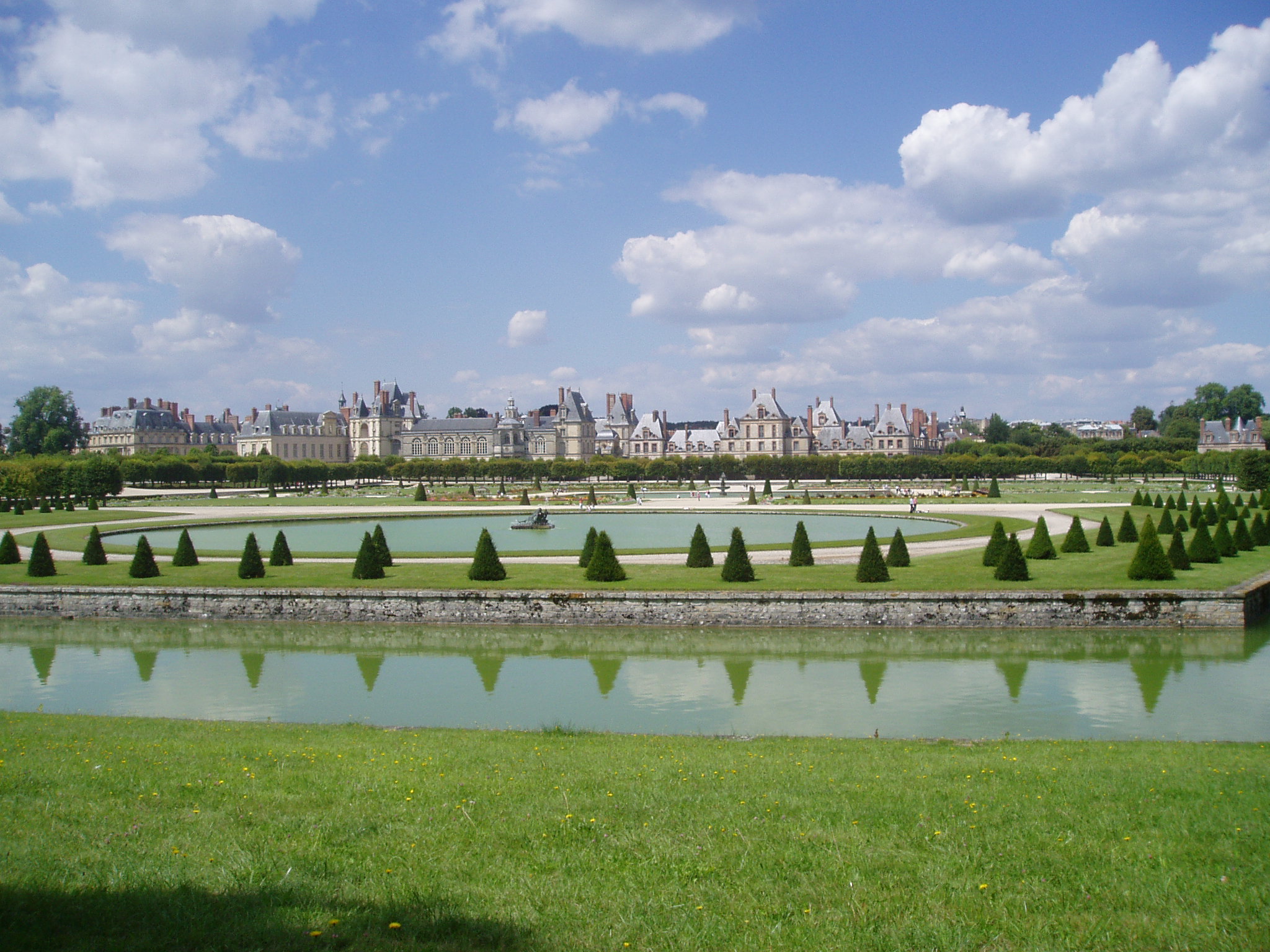 Nowadays you’ll find a museum in this UNESCO World Heritage Site: the most beautiful sights of this château are the gallery of Francis I – originally constructed as a passageway, that later became part of the royal apartments of the king; the ballroom with an ornate coffered ceiling and a floor that mirrors the design of the ceiling; the queen’s bedroom – where almost all queens and empresses have slept – and the apartment of the Pope, that takes its name from the 1804 visit of Pope Pius VII, who stayed there on his way to Paris to crown Napoleon I the Emperor of France.

With ‘locks’ we do not mean the romantic way of showing your true love by hanging a padlock to a bridge. What we mean with ‘locks’ are the narrow sluices that provide a gentle selection of barges that are allowed to pass. The Seine River for example, has a length of 344 kilometers (214 miles) and is split up by 7 locks. The length of around 180 meters won’t be such a problem, but the width of approximately 12 meters means not all ships are able to pass through! Boat Bike Tours offers a perfect barge to cover this strenuous job: the Fleur. 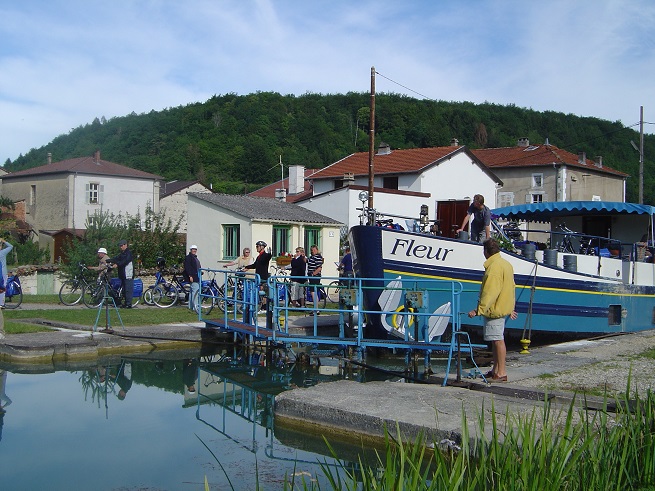 And for the Bordeaux Rivers, with the Garonne River as aorta of this vivid city, the Gironde and the Dordogne offer less narrow sluices. The vessel that is used for the bike tours in this region is the Bordeaux. This ship is well-equipped for the tidal rivers that flow through the Bordeaux region.

The grandeur of dazzling Paris

Of course the Eiffel Tower, Sacré-Coeur, Arc de Triomphe and Notre-Dame cathedral are must sees when visiting Paris. But actually this vibrant capital of France is so much more than the sum of wonderful highlights! It is a city with a great atmosphere; it is enjoying an espresso with a croissant, it is the serious jokes made by antique salesmen in Les Puces de St-Ouen, it means getting lost in the beautiful streets or having lunch at a picnic along the Seine River. And let’s not forget the city nightlife of Paris, also known as the City of Light, or as la Cité d’Amour, the City of Love.

And if you really want to feel the city’s soul, make sure you do take that bike ride! Since the late 1990s Paris has continuously increased its network of cycle paths. Of course you can use one of the tens of thousands of Vélib’s, but the best thing to do is to go along with a Boat Bike Tour. You will then cycle along the river banks of the Seine and the forests that surround the city.

The wineries of the Bordeaux region

Wine lovers have to pay attention to the Boat Bike Tour in the Bordeaux region. During this unique trip you will explore one of the most beautiful, famous and beloved parts of France. The region of Bordeaux is located in a sun drenched, south-western part of France and it forms the perfect setting for a bike and boat tour. Caressed by Atlantic breezes, the vineyards that cover the rolling hills of this region have produced France’s most remarkable wines for centuries. Appellations such as Saint-Émilion, Pomerol, Sauternes, Médoc and Margaux have made Bordeaux wines world famous. 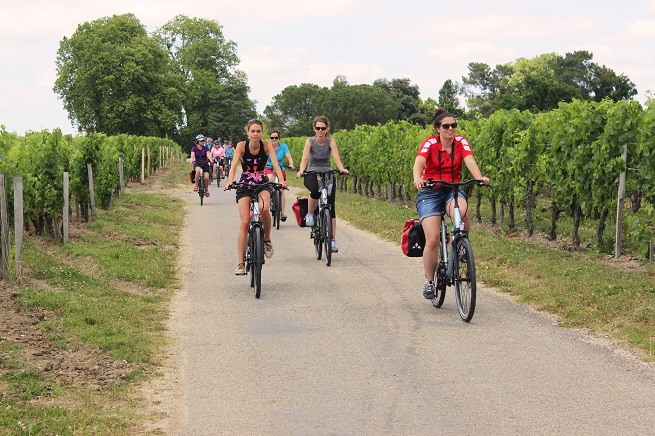 The daily cycling tours take you through six famous wine regions and show the many châteaux and wine estates. Make sure you take the opportunity to taste one (or more) of the various excellent wines. Besides wine, the Bordeaux area is also home to finest, scrumptious, distinct tasting culinary specialties. The region’s heart is the bike-friendly city of Bordeaux, a UNESCO World Heritage Site that stretches along the Garonne river banks, inviting you to savor its grand architecture, tempting cafés and shops and superb museums. 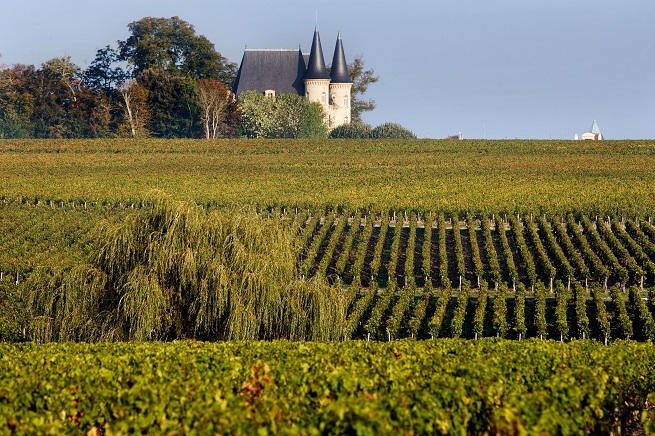 The Vauban fortress in Blaye

This beautiful fortress, the Cussac-Fort-Médoc, is also listed on the UNESCO World Heritage Site. With a total of 12 groups of fortified buildings the site is a real must-see when in Blaye. The buildings were designed by Sébastien Le Prestre de Vauban (1633–1707), who later became Marquis de Vauban. He was a French military engineer, known for his skills in designing fortifications and breaking through them! His models of fortification and Warcraft were used for nearly 100 years.