Located on the coast in French Basque country, the four-star hotel La Réserve Saint-Jean-de-Luz re-opened its doors at the end of March for the new season, showing off some new changes.

With a small selection of rooms renovated each year, this time it was the turn of the La Résidence Saint-Jean-de-Luz, the hotel’s private studios and apartments. Designed to accommodate up to four people and equipped with a kitchen, La Résidence is ideal for longer stays or groups, and now comes with a fresh look for summer. There is of course also a range of rooms and suites to choose from, including those with balconies and sea views to make the most of La Réserve’s privileged clifftop setting.

Also boasting a new look is the outdoor infinity pool, which has been moved as part of the hotel’s upgrades to offer an even more spectacular viewpoint over the Atlantic Ocean. An early morning swim is just the tonic for city-dwellers seeking nature, or pull up a sun lounger around the pool to take in the vista at your leisure.

The real star of the new season, however, is the recently promoted Head Chef Pierre Boffo, who has taken the reins of the hotel’s Ilura restaurant at the age of just 23. After training under his predecessor at the hotel for two years, plus a year spent working in Australia, Boffo has returned with a menu which maintains the restaurant’s high standards whilst pushing it forward with new trends brought back from his travels.

For Boffo this means a good variety of vegetarian and vegan dishes, a trend which even in the capital of Paris has been, until very recently, slow to gain pace, while on the dessert menu guests have the option of two without gluten and one without milk. The menu is also based heavily around seasonal fruit and vegetables, which is bountiful in the surrounding Basque Country, with the flavours enhanced with freshly grown herbs and edible flowers, something Boffo uses often in his creations.

The new menu also champions local food and businesses; the fish comes from producers around just 10km away and Saint Jean-de-Luz bakery La Grange à Pains provides the hotel with all of its breakfast viennoiseries, brioche, and bread. In fact, the cereal baguette is made only for the hotel, after several tests to achieve the perfect bread.

As the weather heats up, the hotel will also open the garden with sofas and a lounge area, where Boffo will be serving up a menu of crowd-pleasing classics such as club sandwiches and burgers for those looking for a more relaxed way of sampling his cuisine. 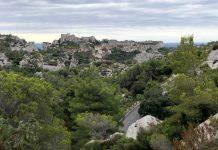 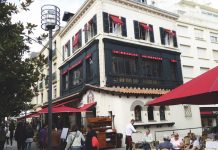 Where to Stay and Eat in the Pays Basque 2020

Try Something Adventurous and Ride a Dragon in Calais

The 6 Best Routes to Explore on your Motorhome Holiday in...